SKF has introduced an improved and extended catalogue range of Explorer single-row angular contact ball bearings for use in applications such as screw compressors and pumps, including industrial vacuum screw pumps. These bearings can help to increase power density and boost machine performance and efficiency by enabling operation at higher speeds and with lower friction, while at the same time providing cost competitiveness, global availability and service.

Compressed air is often referred to as the “fourth utility.” The reliability and efficient performance of compressor systems is critical to most manufacturing facilities. A common compressor type in industrial facilities is the twin screw compressor. In addition to compressed air, an increasing number of modern production processes require atmospheres with different levels of vacuum. Vacuum pumps – usually very similar to air compressors – are common in many industries, including the food & beverage and packaging sectors, optics, electronics and semiconductor industries, and the chemical, pharmaceutical and glass industries, where they are used in industrial coating processes such as PVD (physical vapor deposition) and CVD (chemical vapor deposition). Vacuum pumps are even found in large-scale scientific experiments, such as gravitational wave detectors.

Vacuum screw pumps, like twin screw compressors, operate with two meshing screw shafts that rotate in opposite directions. This traps gas between the screws and transports it to the discharge side, while on the inlet side the gas is removed and the pressure is reduced to the intended level of vacuum. The bearings that support the screw rotors are critical components: they support the loads created by the gas pressure and provide accurate radial and axial shaft positioning, which is a key criterion for the efficiency of screw machines.

In the future, the compressor and pump markets will be expecting higher speeds, compact designs, even more accurate axial shaft positioning and robust performance of backup bearings. The so called backup bearings, which take reverse loads and control the axial clearance of the bearing arrangement and thus the gap between shafts and housing, can suffer from a combination of high speed and low loads. For vacuum screw pumps, speed, efficiency (through tight sealing gaps), and low heat generation are critical.

SKF is already responding to these new demands. It has introduced several bearing design improvements and developed a completely new range to ensure that the SKF Explorer single-row angular contact bearing can match current and future performance demands. The first innovation was a new cage with significantly improved geometry and a new brass material, which enables faster operation with reduced friction.

In addition, SKF added a 25° contact angle variant to the standard angular contact ball bearing range. Both bearing designs have the new improved cage. Compared with the 40° contact angle variant, the smaller contact angle of 25° allows the bearing to operate at higher speeds while also performing better as a backup bearing under light loads. And 25° bearings also provide higher radial load capacity compared with 40° bearings, which is advantageous when the application is mainly taking radial loads and can, for example, be used for machine downsizing. The offer as a standard catalogue design also ensures global availability with short delivery times.

Another key advantage of this 25° series is that these bearings are universally matchable with other 25° and 40° bearings, meaning that they can be put together in duplex or triplex arrangements without any need for a measuring operation.

A customer asked for technical support to validate a proposed design for a new generation of vacuum screw pumps. SKF carried out a comprehensive analysis of the bearing system, using the 3D-simulation program SimPro. The simulation highlighted some performance risks if 40° angular contact ball bearings were used, such as lower calculated life, high contact angle variations and higher frictional losses. Note that at very high speeds centrifugal forces acting on the balls will become relevant; a smaller contact angle will provide better kinematics under such conditions.

The speeds of the analyzed vacuum pumps were higher compared with similar-sized screw compressors, while the thrust loads were somewhat lower. The analyses showed that the best design choice was a duplex bearing arrangement incorporating the new SKF Explorer bearings with a 25° contact angle and a light clearance. The calculation results shown in the graphs below clearly demonstrate the performance differences when it comes to calculated life and reduced power losses.

With the latest improvements to the SKF Explorer range of single-row angular contact ball bearings, customers can enjoy a wide range of benefits, including the cost efficiency of having a standard range available from stock. In performance terms, the range of 25° angular contact ball bearings can operate at higher speeds. They also perform better as backup bearings under light loads. The higher radial load capability can also be used for downsizing machines. The new and improved machined brass cage design helps ensure quieter running and lower frictional losses. The design options are highly flexible, with three clearance and three preload classes. As both the 40° and 25° bearings are universally matchable, the logistics, stock keeping and machine assembly are all very straightforward. All of these benefits are enhanced by SKF’s global reach and short delivery times. 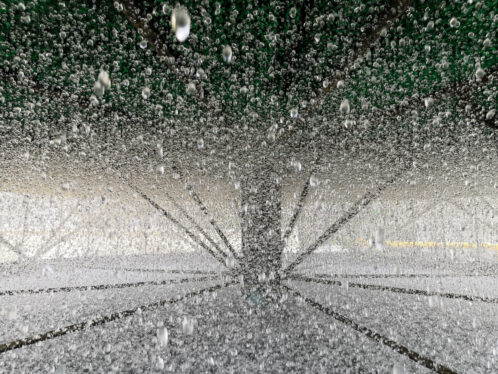 Pump and compressor performance under thin film and oil-free conditions