» The force of Magnus

There are only a handful of paths to making the world’s shipping industry greener and at the same time profitable. One route involves hull and engine optimization, to reduce drag and increase fuel efficiency. Adding wind power to the mix is another.

Finland’s Norsepower is a manufacturer of futuristic-looking auxiliary rotor sails that are mounted on ship decks to produce thrust when the wind blows. Since it was founded in 2012, the niche start-up, with its seven engineers, has reengineered the same 100-year-old principle of wind, drag and lift that keeps aeroplanes aloft, and in so doing has won innovation awards and contracts from some of the world’s biggest shipping companies.

“The pressure is on to make shipping greener by reducing carbon emissions globally,” says Tuomas Riski, CEO of Norsepower Oy in Helsinki, Finland. A former IT executive, Riski formed the company together with a group of marine industry experts, including Kai Levander, one of the world’s foremost naval architects. “We believe our hybrid auxiliary propulsion technology can be one enabler to make this happen.”

Our main goal is to continue the fast commercialization of this technology.
Tuomas Riski, CEO of Norsepower Oy in Helsinki, Finland.

Maersk Tankers, one of the largest shipping operators in the world, recently joined with Shell Shipping & Maritime and the Energy Technologies Institute (U.K.) to announce a planned test of two rotor sails – each 30 metres tall and five metres wide – on a 110,000 DWT tanker, with expected fuel savings of about 10 percent. The installation will be Norsepower’s largest to date and will undergo tests through 2019. The deal follows two others already anchored into the portfolio of references – a ro-ro on the North Sea and a Viking passenger ferry on the Baltic.

A Norsepower Rotor Sail installation rotates at about 200 r/min; as such, at proper wind conditions, the outer composite sheath spins with a peripheral speed of approximately 170 kilometres per hour. An SKF spherical roller bearing arrangement is used at the top of the column to impart thrust forces to the ship. The bottom of the column is equipped with guidance rolls fitted with SKF bearings. Furthermore, SKF seals and lubrication systems are used throughout the installation, which must withstand constant motion and natural forces in a harsh environment.

“We are often contacted by new start-ups several years before they even have a commercial project, and in this case we gladly obliged with our engineering expertise,” says Tommi Pitkaaho, key account manager SKF Finland, who started working with Norsepower in 2013. “With Norsepower, the pace of innovation has been extremely fast.”

“This is a major step forward for our industry,” says Riski, an avid sailor. “The Maersk deal is a big and complex project, and we’ve shown we can do it with our simple, robust yet high-tech, patented technology.”

The Norsepower rotor sail solution is a large, lightweight, composite spinning cylinder that is attached to a ship’s superstructure like a mast. Instead of deploying a huge cloth sail to catch the wind and thrust the ship forward, the innovative system spins the large perpendicular cylinder with the help of electric motors. When there is wind, as there often is on international ocean trade routes, the aerodynamics of the air pressure difference surrounding the cylinder creates thrust that is subsequently transferred to the ship.

In terms of physics, the Norsepower’s Rotor Sail system is somewhat counterintuitive in that it doesn’t operate at all like a windmill or sail, which the wind can literally push. Additionally, it requires electricity to create rotating motion where the wind creates a high-low pressure situation, which imparts thrust.

The Norsepower Rotor Sail is suited for most ships except container vessels, Riski says. Product tankers and dry bulk carriers with adequate free deck space can install a Norsepower rotor sail in a matter of days.

The natural phenomenon that Norsepower harnesses is termed the “Magnus effect”, named for German physicist Heinrich Gustav Magnus, who in 1852 was the first to mathematically describe the airstream surrounding a spinning object such as a tennis ball. The lifting force of the Magnus effect in what is now known as a Flettner rotor was used as a primary means of propulsion on the Buckau, a rotor ship that crossed the Atlantic in 1926. Finnish engineer Sigurd Savonius, who in 1924 developed a rotor with a cylinder open to airflow – the Savonius rotor – also deserves credit for this technology.

But, explains Riski, the rise of cheap diesel engines kept the rotor technology at bay, and it is only now becoming commercially available. “If this were the car industry, the solution would have been adopted overnight,” he says. “To make it interesting to ship operators, we have made it as cheap and easy to use as possible.”

Simply put, the Norsepower Rotor Sail enables ships to activate the system at the press of a button and throttle back on the main engines, thus saving fuel and emissions while still providing enough power to maintain speed and voyage time. That is, when the wind blows.

The rotor sail is used solely as an auxiliary source of propulsion to reduce fossil fuel use and emissions. The expected long-term investment payback of such an installation on a ship is about four years, Riski says.

While Norsepower now has high-profile references, the company has also had a little help along the way, winning a rash of technology innovation awards.

“We are a small team with a global supplier network,” says Riski. “Our main goal is to continue the fast commercialization of this technology.” 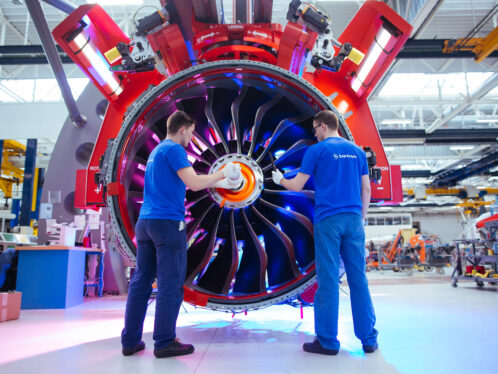 Never before has an aircraft engine sparked such enthusiasm as LEAP. This new-generation engine, developed by Safran and GE Aviation through CFM [...]
Aerospace,Engineering Competence,Industry,Manufacturing,
Industry

The suspension railway in the city of Wuppertal, Germany, is a world-famous landmark and has been carrying passengers at up to 12 metres above the [...]
Engineering Competence,Industry,Lubricants,Railways,
Industry 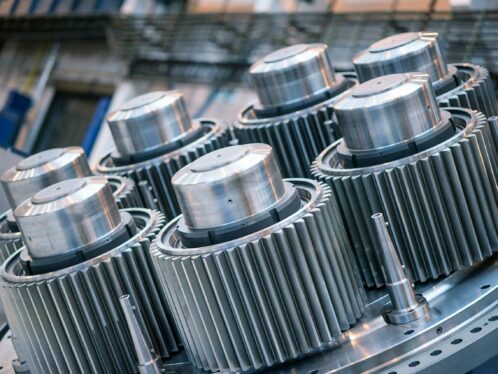