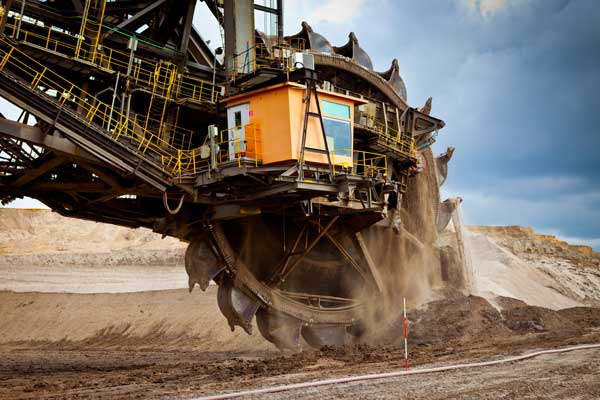 Heat treatment adds performance
Now, SKF has further improved the heat treatment for self-aligning roller bearings (fig. 1), so that they are even more wear resistant. Though this upgraded heat treatment can improve uptime for virtually any application where reliability and long service life are key operational parameters, the benefits are most apparent in industrial applications where there are high levels of contamination or poor lubrication conditions. Typical examples include the metals, mining, mineral and cement processing industries, wind power and marine, industrial transmission and material han­d-ling applications.
To reach this new level of performance, SKF engineers were able to adjust the heat treatment process and increase hardness by up to 2 HRC (depending on bearing size) while maintaining or improving toughness.
This is particularly important for medium- and large-size bearings used in process equipment.
The improved toughness pro­vides more time from when the first signs of damage are identified, until the bearing becomes unservice­able. This additional time enables end-users an opportunity to track the condition of the bearing as they prepare for repairs, virtually eliminating unplanned downtime and reducing the additional costs typically associated with it.

Conclusion
The contribution that the improved heat treatment pro­vides, to extend the service life of upgraded SKF Explorer self-align­ing roller bearings, is significantly improved wear-resistance, which can result in up to twice the bearing service life under poor lubrica­tion or severe contamination conditions. This opens the oppor­tunity for end users to increase equipment uptime in some of the harshest and most challenging industries, from wind power to metals processing.