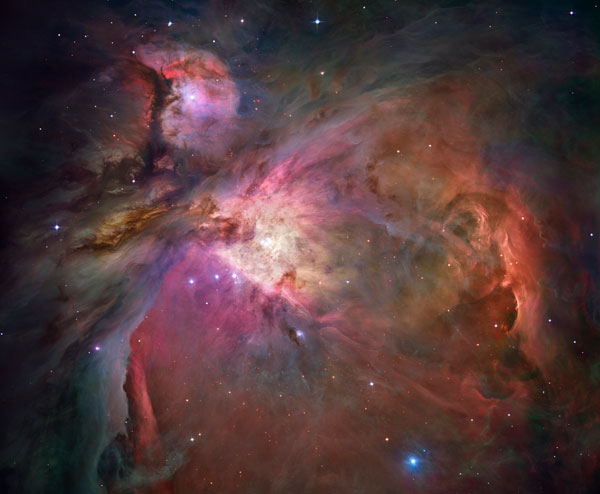 In the southernmost reach of earth, a telescope is helping scientists solve a great mystery of the cosmos.

SKF at the South Pole

In 2010, University of Chicago researchers detected trouble with the South Pole Tele­scope’s critical azimuth bearing, the large slewing ring bearing that supports the tele­scope. They called SKF for help.

SKF sent down equipment to monitor vibration levels, both before and after the bearing replacement. Since then, the South Pole scientists have con­tinued to send data via satellite to Johnny Simmons, an SKF expert in analyzing slow-speed vibrations. “We’re looking for lubrication problems that can be addressed proactively,” Simmons says.

And where is he crunching the South Pole data? Jacksonville, Florida, where the weather is a little warmer.

Fasten your seatbelt. What follows is a wild ride through the universe. The journey begins down at the frozen South Pole, where an enormous microwave telescope collects data on cosmic events that occurred some 7 billion years ago. When these events took place, the earth had not yet been formed. The sun had not lit up. By studying the weights of extremely distant galaxy clusters, scien­t­ists are hoping to answer a terrifying question: Is the universe flying apart?

That question leads to another: If the universe really is expanding faster and faster, is it being pushed apart by a force called dark energy?

Stephan Meyer, an astrophysicist at the University of Chicago, says that dark energy might be real, or “it might be a trick of geo­metry. It might be just an illusion.” In the past, the data have been ambiguous, due to the difficulties of measuring the velocities of objects very far away.

In search of a better answer, Meyer and a team of researchers have made many trips to Antarctica to help set up the South Pole Telescope and analyze the data that have been pouring in since early 2008.

The South Pole – with a climate so dry it’s con­sidered a desert – is the perfect location for a microwave telescope. “What you need is a very dry, stable atmosphere,” says Meyer. During the six-month-long winter night, he says, “we get more constant and uniform observing conditions than anywhere else on earth.”

Meyer and his fellow researchers are studying galaxy clusters, the largest known structures in the universe, each containing billions of stars. The scientists aren’t looking at the light emitted by these clusters; instead, they’re looking at distortions made by these clusters in the nearly uniform cosmic microwave background, which is left over from the Big Bang some 13.7 billion years ago. These small distortions are called the Sunyaev Zel’dovich Effect, postulated by two Russian physicists in 1970.

“We see shadows of the galaxy clusters,” says Meyer. “It’s kind of like seeing the blue of the sky through a gauzy balloon.”

Remarkably, these microwave distortions allow scientists to accurately determine the weight of the galaxy clusters. “It’s like taking a census of everyone in a city, weighing every citizen to see how many people are obese.”

What the scientists have found is that the galaxy clusters nearby seem to weigh less than expected. The clusters were born in the Big Bang, and initially gravity pulled in objects around them, gobbling up matter so that they grew heavier and heavier. But the data suggest that at a certain point in their life cycles, these massive clusters stopped gaining weight.

If the scientists’ hunches are right, the reason the clusters stopped growing is because of dark energy, which works to push structures apart, acting as a counterforce to gravity.

If dark energy is shown to be real, it will be a posthumous triumph for Albert Einstein. “Einstein added a cosmological constant, a force that counteracted gravity,” says Meyer. “When it was determined that the universe was in fact expanding, Einstein called it his biggest mistake. But in fact, he may have been right all along.”

There in its frigid home, the South Pole Tele­scope spent the years 2008 to 2011 gathering data on galaxy clusters, scanning about 2,000 square degrees, or roughly a tenth of the southern sky. Although it performed well, the telescope did require one major repair during the summer of 2011, when its azimuth bearing needed to be replaced. The bearing enables the telescope to turn in an horizontal plane, from left to right and right to left.

Today the telescope’s purpose has shifted. “We’re putting in a new radiometer to detect radiation,” says Meyer. “It will measure polarization of the microwaves to enable us to answer a slightly different question about the inflation of the universe.”

In the meantime, Meyer and his fellow astrophysicists are analyzing the data the telescope has already collected to calculate the weights of galaxy clusters over time. Do their results show that dark energy is real?

“So far, it looks that way,” says Meyer. “It’s too early to tell for certain. But right at this moment, things are looking pretty good for dark energy being no mere geometry problem, but instead an actual force.”

If that is true, then the universe may keep expanding ever faster until its lights extinguish and its energy dies out, leaving it utterly cold, dark and bleak – a bit like the South Pole in winter.