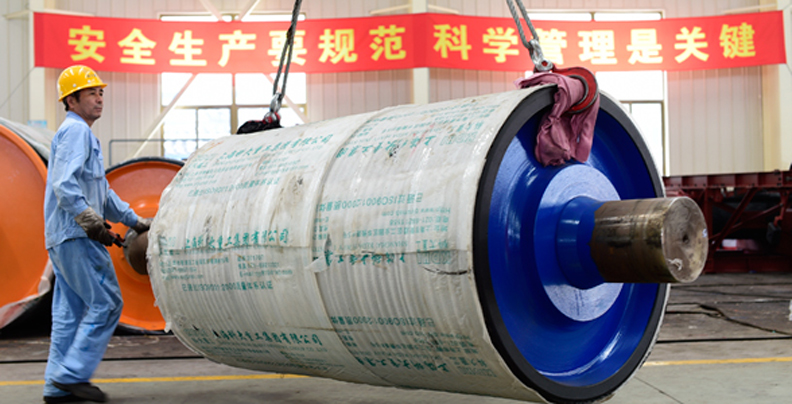 In 1994, as the Chinese economy was opening up, Li Ping, with a starting cap-ital of 50,000 yuan ($8,000), founded the Shanghai Keda Heavy Industry Group in Qingpu, a suburb of Shanghai. Now, 20 years later, Keda has an annual turnover of 2.2 billion yuan ($325 million), putting it at the top spot in China’s belt-conveyor industry.

Many industry insiders were skeptical that Keda was up to the job. But, as a demonstration of the ambition and strength of Chinese private companies, Li reduced the delivery period to 200 days – far less than the 380-day time frame suggested by Vale. Finally, Keda’s part of the CLN project was completed a month ahead of schedule and became successfully operational.

Li says the SKF bearings show excellent performance in Keda’s projects. And both Keda and its employees have benefited from the targeted technical training programs that SKF has provided. Li hopes that the training programs at Keda can be expanded in the future.

China’s leading belt-conveyor company Keda has seen rapid development since its founding in 1994. It now has four plants covering a total of 1,300,000 square feet and more than 600 employees. In 2014, revenue was more than 2.2 billion yuan ($325 million), and the company has enjoyed average annual growth of 30 to 50 percent. Keda is focused on the high-end markets, such as large ports, terminals and mining. Its international business includes Brazil, Australia and several African countries. The company is now expanding into the coal industry, and in August 2014 it opened a newly built joint venture in Datong, the second-largest city in China’s Shanxi province, nicknamed “Coal City.”