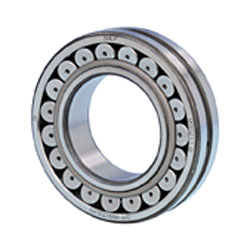 Adelaide Brighton Cement’s aim is to be among the best in the world in terms of safety, customer satisfaction and cost.
With the business needs in mind, process standardizationand systematic reliability improvements are among the key elements to achieving this goal.In Australia, the name of Adelaide Brighton Cement (ABC) has become synonymous with building products – namely cement.
ABC’s origins date back to 1882 with the first commercial production of cement in Australia at Brighton near Adelaide, South Australia. Adelaide Brighton Limited (ABL), ABC’s holding company, is listed on the Australian Stock Exchange with a market capitalization of 213 million Australian dollars and employs about 900 people Australia-wide. ABC’s major asset is the 1.5-million-ton capacity plant at Birkenhead in South Australia, which produces 4,800 tons of cement clinker per day. The Birkenhead division also includes a limestone quarry at Klein Point, 50 miles west of Adelaide, where the main raw material, limestone, is sourced for the manufacture of cement.

Birkenhead Division
Located on the water in the Port of Adelaide, South Australia, Birkenhead produces clinker, which is then milled to produce general purpose (GP) and general purpose blended (GB) cement.
In 1991 Birkenhead completed an AUD 130 million expansion and modernization. Its existing dry process kiln was converted to a state-of-the-art “precalcining” type of greater capacity. Reaching 3000 degrees Fahrenheit at the burning zone, at 220 feet long and 15 feet wide the kiln is one of the largest of its type in Australia.
“Upgrading the dry process doubled the kiln output capacity and improved energy efficiency,” says Mark Carlstrom, Birkenhead’s condition monitoring supervisor. “The main difference achieved with the calciner process over the previous method is the way in which the raw meal is calcified earlier in the process stream.”
The capacity of the main kiln was increased from 560,000 tons a year to 1.5 million tons and the project included a new 3,000-kilowatt cement mill and a large undercover raw material handling and blending system.

Performance-based TFO
The TFO (Trouble-Free Operation) concept was presented to ABC, and after an evaluation period SKF was awarded the entire bearing contract.
The new TFO contract enables SKF to supply products and services that will result in significant downtime cost savings to ABC. Agreed production cost savings enable ABC to share the benefits by allowing SKF to renegotiate the contract bearing prices.
The TFO rollout has been progressing to plan, with SKF assisting ABC with inventory management and key performance indicator reporting. A standard self-aligning bearing system has been selected that delivers ABC significant benefits in terms of increasing rotating equipment reliability and inventory rationalization.
The first trial fan has now surpassed its MTBF (mean time between failures) rate, and the replacement SKF bearing configuration on another six fans means a total AUD 330,000 projected cost saving benefit for ABC over the agreed time frame.

Standardization
Adelaide Brighton Limited’s long-term vision is to be world class by 2005. The process of standardization will enable ABL to be well run and profitable by June 2001.
“It’s all about defining our processes and then driving the improvement process,” says Stephanie De Nichilo, reliability superintendent at Birkenhead. “Minimizing waste and variation is our focus to achieving maximum capacity and profitability.
“Efficiency-wise, there has been a drive toward business improvements in the past 10 years, but with increasing pressure of imports, we must eliminate waste and maximize the output from our existing plant.”
Carlstrom says currently the market for building materials is seasonally cyclic, and ABC meets the current demand. However, the last few years have been trying for Australian industry, with the opening up to imports from Asia and other areas.