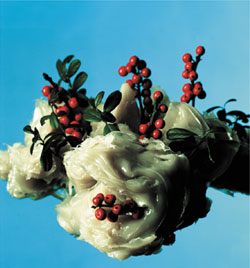 In addition to performance, other requirements are becoming increasingly important for lubricants. Chief among these is biodegradability.Lubricants are a vital part of any piece of moving or rotating machine or component. Worldwide, it is estimated that some 37 million tons of lubricants are used each year. The applications in which lubricants are used are countless, and range from natural synovial fluids that lubricate all human joints to specially formulated compounds that keep modern windmill blades working.
Each year between 4 and 12 million tons of used lubricants are added to the environment. Clearly there is growing concern about the potential damage unwanted, discarded lubricants may have on the environment. Industry, in general, is happy to consider more environmentally friendly alternatives to conventional lubricants in applications where environmental contamination may be an issue and where there are competitive alternatives to traditional products.
Today, lubricants tend to fall into three basic types: mineral, synthetic and vegetable-based. Of these, mineral oil lubricants and fluids are generally accepted as representing a potential danger in many applications because they are not readily biodegraded and are toxic to aquatic organisms.
The most pressing demand for biodegradable lubricants is coming from equipment users in the construction, earth-moving, forestry and farming industries. They are also wanted for marine applications. The problem has been the fact that despite the obvious market potential for new biodegradable lubricants, products that could fulfill the exacting demands of engineering applications such as bearings were non-existent or not available generally on the open market.
One of the main problems for bearing manufacturers was that previous generations of biodegradable lubricants caused premature bearing failure. The trends indicate that the growing and real need for “green” lubricants is now about to be fulfilled as new products with reliable performance become available.

Possible legislation
The demand for biodegradable and non-toxic lubricants in environmentally sensitive areas has already become apparent. In Europe, regulations have been adopted in some countries, and both synthetic and rapeseed oil lubricants have been developed to substitute for the offending mineral oils.
Currently, legislation applies more to substances in general than to lubricants specifically. Legislation that could have an impact on lubricants include the European Community’s Dangerous Substance Directives (DSD) and the second draft of the Dangerous Preparations Directive that include criteria for classification of environmentally hazardous material.
Efforts have not progressed as far in the United States, and there is little current environmental pressure to force the use of biodegradable oils. But it is believed that such pressure will be forthcoming in the next two to five years.
One of the problems for those developing and marketing “green” lubricants is actually defining the degradation process over the lifetime of the product. Biodegradation is the breakdown of a material through the metabolic action of living organisms such as bacteria, fungi, yeast and algae. It is a complex process and the way in which a material degrades is often as important as the fact it degrades at all.
The main property required of any biodegradable grease should be its ability to be easily broken down within a reasonable time by microorganisms in the earth’s soil, rivers and oceans and, at the same time, have little impact on the environment and fragile ecosystems.
There are a number of factors that are used to measure a substance’s ability to degrade and its residual effect on the environment. These include how much oxygen is needed for an organic compound to degrade, the stages a material may go through as it breaks down, the time it takes and whether or not any harmful residues are left to accumulate in soil or organisms.
Current lubricants based on mineral and synthetic oils are ultimately biodegradable. However, it is the rate at which this is believed to occur that can make them undesirable for disposal in the environment. Some mineral oils can contaminate ground water for up to 100 years, for example.

Alternative lubricants
Vegetable base oils have the advantage over mineral oils of being biodegradable and non-toxic, as well as having superior lubricity and a high flash point. They are also a renewable resource, and their cost is reasonable compared with that of other alternative fluids.
Researchers have developed a number of lubricant compounds. Rape seed oil is the most widely used vegetable base oil because of its relatively good oxidative stability (compared with other regular vegetable oils), its reasonable cost (compared with alternative fluids) and its wide availability in both Europe and North America. Genetically modified vegetable oils such as high-oleic sunflower and high-oleic rapeseed oil are also beginning to find use in applications where higher oxidative stability is needed.
Many researchers believe that soybean oil will compete for a share of the emerging biodegradable lubricants market, along with other vegetable oils and with synthetic lubricants.
Synthetic oils offer improved performance over mineral oil-based lubricants, but at a price. Most of the esters used are biodegradable and offer superior thermal and oxidative stability. Prices for these niche-use products are higher than vegetable oils and significantly higher than petroleum-based lubricants. The synthetic lubricants are considered to represent the ceiling in price and performance.
Since vegetable oils, including soy, are generally lower in cost, they will be the products of choice when they can meet performance requirements. When compared with mineral oils as lubricant base stocks, vegetable oils also have other advantages: high lubricity, high viscosity index, low evaporation loss and rapid biodegradability. In addition, vegetable oils have a high viscosity index, indicating that their viscosity does not vary with temperature as much as mineral oil. This can be an advantage when designing lubricants for use over a wide temperature range.