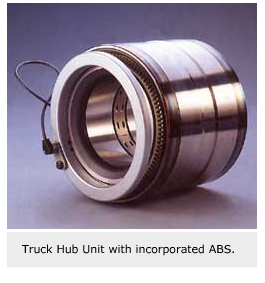 In spite of their large size, heavy truck designs frequently require compact and highly integrated solutions. The IVECO Group is one manufacturer that has taken these issues on board.Recent surveys indicate that nearly 80% of the total volume of goods conveyed in the world is now transported by commercial vehicles and trucks. This figure highlights the strategic role that road transport plays in the modern economy. At the same time, it can provide an indication of the impact and relevance of technology used within the truck industry on infrastructure and environment. The effort of original equipment (OE) truck manufacturers to improve their products and thus lessen overall impact is enormous.

In spite of their large size, heavy truck designs frequently require compact and highly integrated solutions. The IVECO Group is one manufacturer that has taken these issues on board.Recent surveys indicate that nearly 80% of the total volume of goods conveyed in the world is now transported by commercial vehicles and trucks. This figure highlights the strategic role that road transport plays in the modern economy. At the same time, it can provide an indication of the impact and relevance of technology used within the truck industry on infrastructure and environment. The effort of original equipment (OE) truck manufacturers to improve their products and thus lessen overall impact is enormous.

The incorporation of state-of-the-art or emerging technology into components is essential to maintain the established characteristics of reliability and durability that has become associated with the truck industry.

For this reason, when IVECO started to design a new modular range of rear-driven axles for its heavy range trucks (GCW > 15 tonnes), it chose SKF Truck Hub Units as its wheel bearings. These double-row, taper roller bearings are pre-set, greased for life, protected by integrated seals, and optimised for the specific application.

The seals ensure a two-fold sealing effect, against ingress of contaminant agents from external environment as well as against leakage of lubricant – either grease or oil – from the axle outwards (fig. 1). This decision has allowed IVECO to reduce drastically the number of components, the overall dimensions and the unsprung masses of the wheel end.

The high safety demands prevalent in the car industry have also been recognised by OE truck manufacturers regarding both traffic security and protecting goods in transit.

Safety measures include the adoption of the braking control system ABS (Anti-lock Braking System), which is currently regulated and obligatory by international standards. Here, the wheel-speed sensing element – in a rear driven axle usually provided by an inductive, or passive, sensor mounted on the axle beam and a tone or impulse wheel fixed on the rotating wheel hub (fig. 2) – continuously provides a signal to an electronic central unit (ECU).

The ECU processes such information and determines whether the brake pressure to any one wheel should be modulated to prevent wheel lock-up.

Such wheel speed sensing systems have several inherent problems that can be overcome.

The incorporation of the wheel-speed sensing system into a Truck Hub Unit bearing gives the truck designer both technical, quality and cost advantages. In technical terms this incorporation saves weight and improves signal precision, e.g. through better control of run-out, and less influence from vibrations. Quality is improved because, when compared to the conventional arrangement, the sensor is better protected against the environment and the reliability of the signal is increased. There are also economic benefits as the number of operations and components during assembly is reduced, and consequently the overall logistic and administrative effort required. Furthermore, as the Truck Hub Unit is supplied as a pre-set and 100% checked system, there is no need for intermediate controls on the assembly line.

In particular, the solution considered for the new IVECO rear-driven axles is represented in the picture on page 19. To ensure full compatibility with the technology currently available for electronic central units, a miniaturised inductive (passive) sensor is used. This is secured through a flange to a metal support which is, in its turn, hooked to the inner ring of the unit bearing, while the impulse wheel is anchored in a recess of the outer ring of the unit itself.

All parts are coated to resist corrosion damage from a range of aggressive fluids. Use of modular components allows the same basic concept to be adapted to different applications. This flexibility is vital to provide the optimum solution for each unique application.

Such an integrated arrangement fulfils all application requirements. Specifically
it provides:

One condition that can potentially risk the correct function of an integrated system is slow rotational motion under load (also known as creeping) to which inner rings of a bearing can be subject during operation. Under such conditions, tension may arise in the sensor cable and may lead to breakage. The answer to this problem has come from the exclusive connection system of the sensor body to the inner ring of the unit bearing, conceived by SKF (fig. 3). With this feature, the sensor and unit bearing may be handled and mounted as a single part though after mounting the two functions are again separated. This ensures full system functionality even when creeping occurs. In addition any incidental replacement of single parts is also much cheaper. Such a feature allows the wheel end to be dismantled (for instance during brake lining service intervals) without affecting the sensor and its connections – another step towards improved quality and reliability.

Once design was finalised, the system was subject to numerous laboratory tests, aiming at verifying correct operation and the effectiveness of the connection system in case of repeated assembling and dismantling of the wheel end. The stability of the system under conditions of slow rotational motion of the inner rings under load was studied as was the stability of sensor signal under load. In this case, tests were conducted in close co-operation with the sensor supplier and included vibrations, shocks, extremely low and high operating temperatures.

The positive outcome of such tests has allowed IVECO to opt for the next step – namely, to start road qualification tests. Some vehicles will be prepared for such specific purpose, and their behaviour verified under different operational conditions.

IVECO intends to incorporate this design shortly into series production.

The system described is compatible with new sensor technologies now becoming available and likely to expand the capabilities of wheel-speed sensors including active systems. Systems such as Satellite Tracking that provide vehicle location via satellite positioning and Navigational System that provide effective road map guidance electronically will soon become reality in the competitive world of trucks.