The damage induced by overrolling of large hard particles is a two-step process. The overrolling of the particles induces plastic deformations of the bearing surfaces, deformations which remain even if the lubricant is cleaned later on. Thus, the smooth surfaces are destroyed, making them rough, and the rough surface will then have high contact stresses and a short life, also with a low load.

This means that large hard particles present in the lubricant will shorten the bearing life considerably, even if the number of particles is very small.

As only a few large hard particles need to be overrolled by the bearing surfaces to decrease the bearing life to a fraction of its undamaged life, such particles have to be avoided as far as possible. The damaging potential of a particle of contaminant is mainly determined by its size, its form, its hardness and its ductility or brittleness.

In the past, lubricants used by customers in bearings and gears and considered to be of ænormalÆ cleanliness often contained an amount of contaminant particles of a size and hardness great enough to rapidly damage the bearing surfaces.
The running in of a gearbox produces large amounts of wear debris which collect in the lubricant and cause indentation on the bearing surfaces. In an experimental investigation in which small cylindrical roller bearings were run for 30 minutes in a lubricant contaminated with wear debris from a gearbox, Sayles and MacPherson ) showed that 10 % of the rolling contact surfaces became covered with indentations. Figure 1 shows typical indentations from debris.

It is very important that adjacent surfaces are smooth in order to make it possible to build up a separating lubricant film and to keep the contact stresses low. A rule of thumb is that if surface roughness features have a slope of one degree the contact stress is doubled above the normal Hertzian pressure distribution.

For a rough surface the pressure distribution becomes very uneven with high local pressure spikes, especially if the lubricant film is thin. The high pressure gradients also have a tendency to push the oil away from the peaks of the surfaces, leading to direct metal-to-metal contact through the oil film. This leads to high friction, wear, and short life.

If the bearing surfaces have been damaged by the overrolling of hard large particles, to the extent that indentations with steep slopes around the edges are formed, the bearing life will be short even if the load is decreased, see figure 2.

It is thus important to keep the surfaces smooth during the whole operation of the bearing and not allow them to be destroyed by particulate contamination.

If lubricated machines work in contaminated environments, measures have to be taken to avoid overrolling of contaminant particles by the lubricated surfaces.

One way to ensure long life is to fit seals, thus preventing dirt from entering the bearing from outside Another way is to fit filters to remove particles from the circulating oil within the machine before they have time to do any damage. It is especially important to keep large, hard, and fracture-tough particles away from the lubricant as these generate the largest reduction in life of bearings and gears. If the lubrication system and the machine as a whole are kept clean, correctly dimensioned rolling bearings will have all local stresses lower than the endurance limit and thus, in principle, infinite life. If, on the other hand, contaminant particles are overrolled, continuously causing plastic deformation of the bearing surfaces, each time a particle is squashed the bearing life will be shortened.

The lifetime of machinery from installation and start-up to the first breakdown is regarded as a measure of machine quality. The longer the trouble-free operation time, the higher the quality is considered to be. This means that future demands on cleanliness in manufacture and maintenance will be much higher than today, making it necessary to deliver machinery free from dangerous particles and to have maintenance procedures which are able to keep the machinery clean during its full life span.

As it is now possible to predict the influence of different running conditions on bearing life, it is also possible to optimise a bearing arrangement from an economic point of view. The cost of filtration, for example, can be compared to the gains from longer bearing life and less down-time for the machinery. To be able to make such optimisations, the influence of all relevant parameters has to be understood.

Figure 3 is the aSKF diagram for roller bearings, showing four different types of running conditions regarding cleanliness and oil film thickness for a spherical roller bearing in a paper-making machine.

The hc value needed as input to the aSKF diagram was determined by using CADalog and the bearing load and the contaminant specifications. For the original running conditions, hc= 0.07, and as K = 0.22, aSKF = 0.13, point 1 in figure 3. The original life is thus only 13 % of the basic rating life.

When cleanliness was increased by circulating the oil through a 6 mm absolute filter, the value of hc increased to 0.44 but the aSKF value only increased to 0.17, see point 2 in figure 3.

The life increase was thus marginal as the low oil film thickness gave high stresses and short life, also with a clean oil. The life reduction was mainly caused by the running temperature of 125 °C of the bearing, leading to low viscosity. With heat insulation, the bearing temperature was decreased by 43 °C to 82 °C which increased the lubricant viscosity, so K became 0.92.

a 6.6 times increase from the original short life as compared to the 1.3 times-life increase achieved by filtering the oil.

For this application it was thus more rewarding to decrease the bearing temperature than to clean the oil. It is even better if both fine filtering and heat insulation are applied simultaneously. The K value will then remain equal to 0.92 but the hcvalue will increase to 0.71 and the life modification factor aSKF = 5.8, see point 3 in figure 3, that is, a life increase by a factor of 45 from the original aSKF = 0.13. 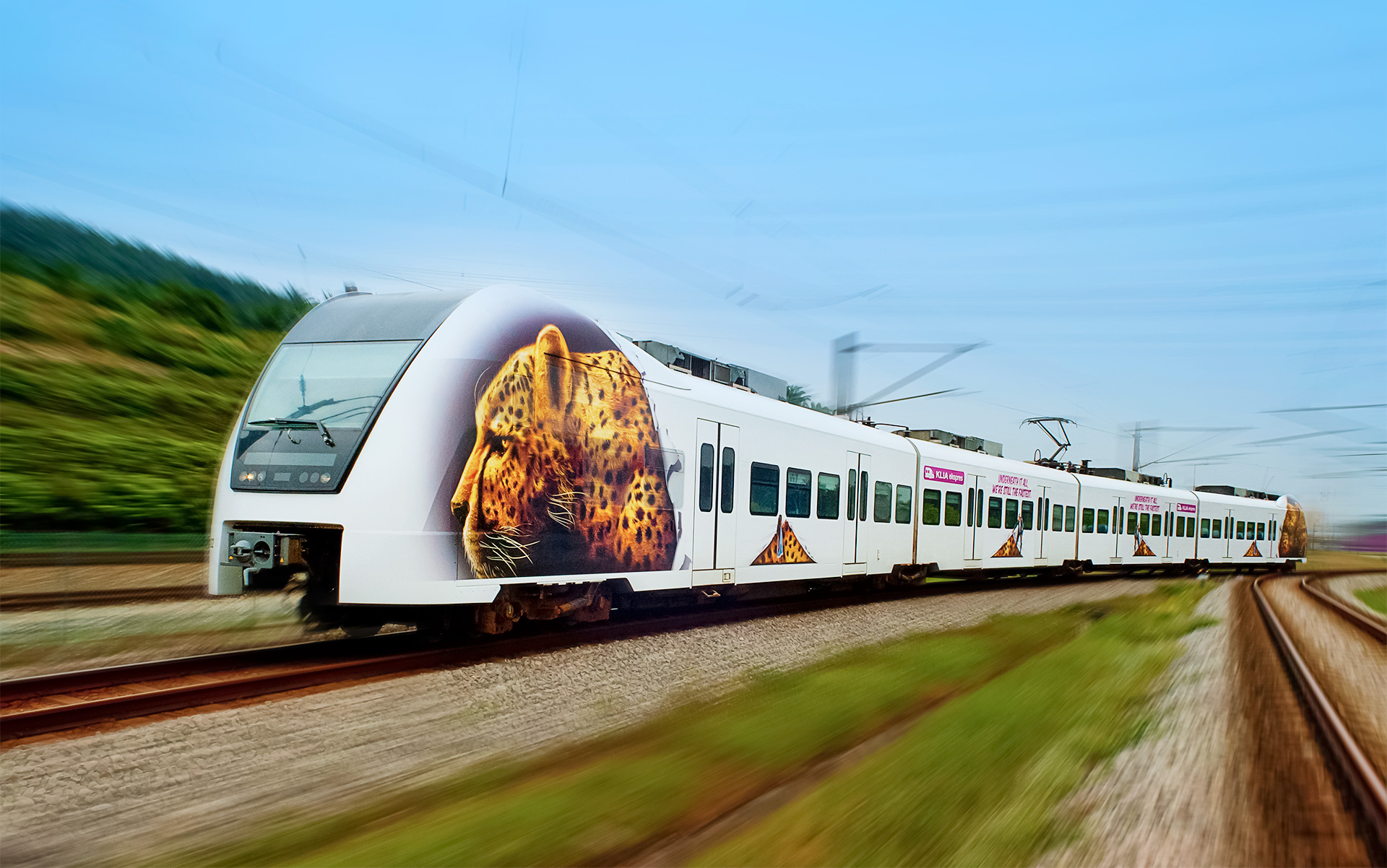 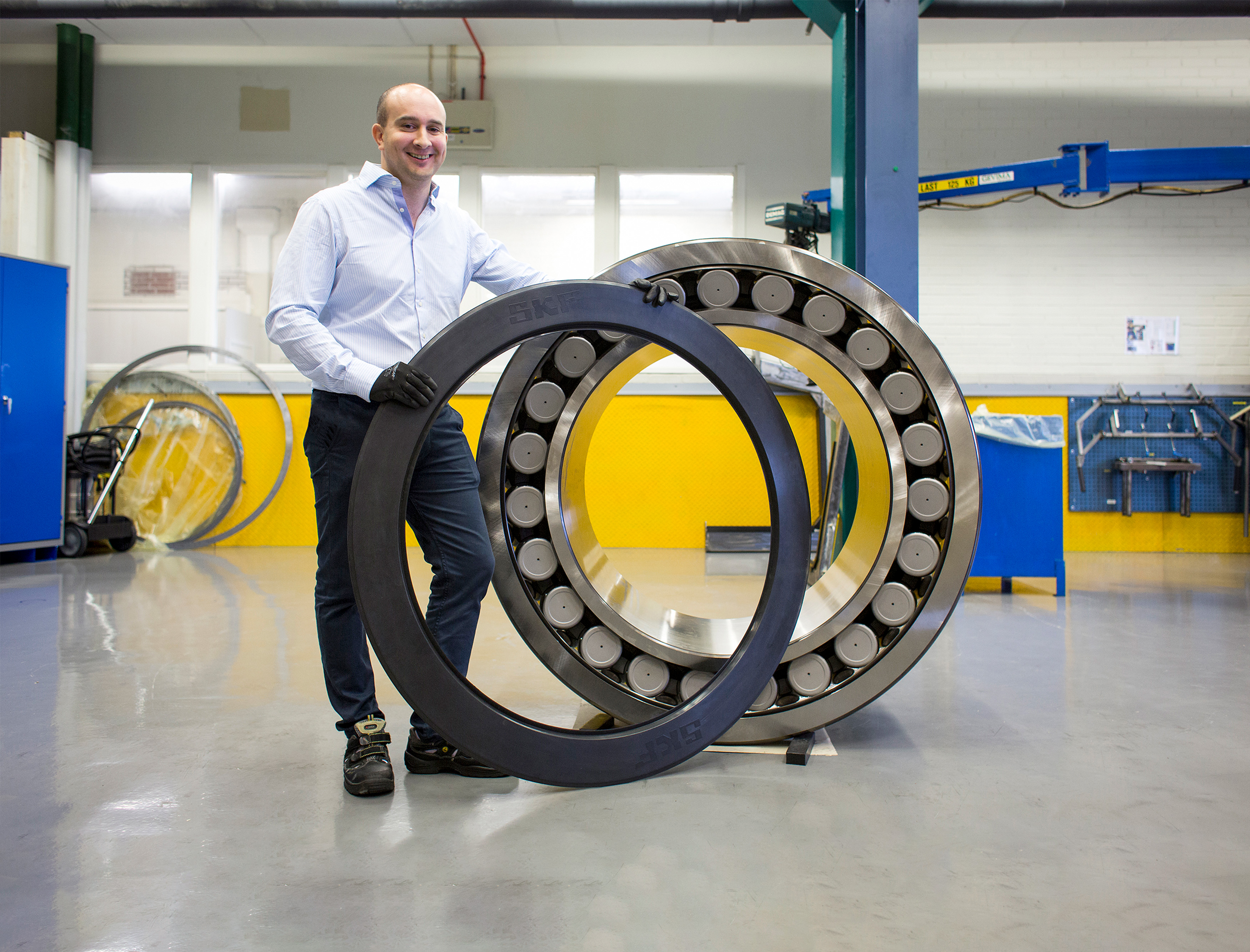 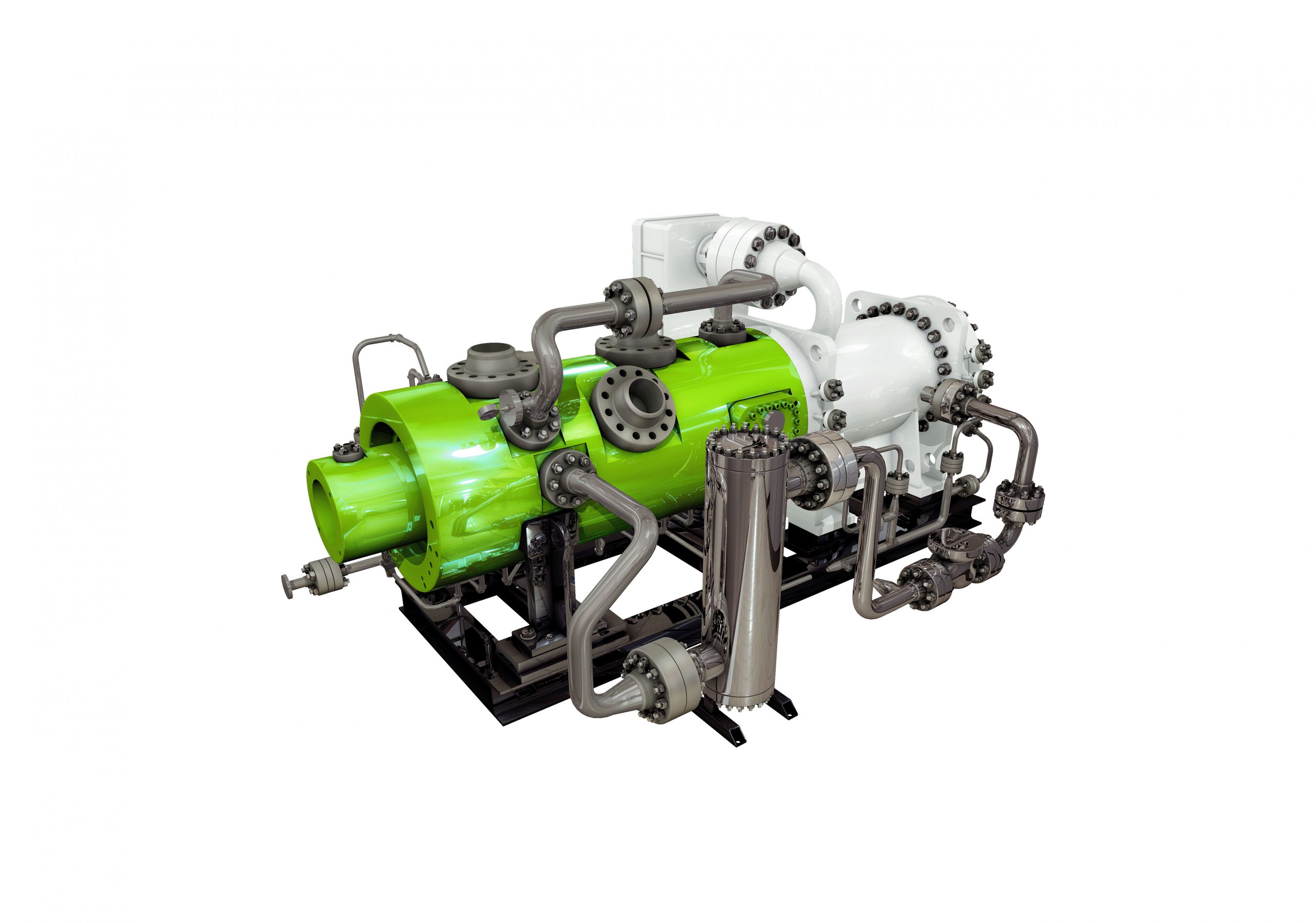 SKF and GE Oil & Gas have signed a nonexclusive, licence-based collaboration agreement aimed at further developing the use of active magnetic [...]
Mining, extraction of oil and gas,