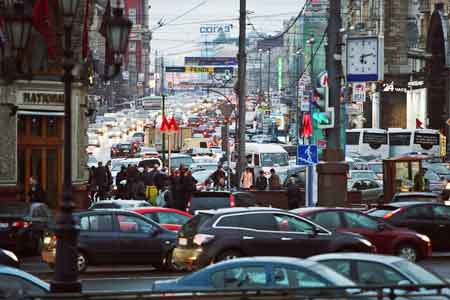 Severstal – literally “northern steel” – is a vast enterprise, its scale matching that of Russia itself, where it is one of the country’s leading steel producer. With revenues of more than $13 billion in 2009, it has a worldwide staff of 92,000, exporting ferrous and nonferrous metals, hot-rolled plates, cold roll-formed shapes and other products around the world.

It is also an enterprise that almost entirely dominates its hometown of Cherepovets, in northwestern Russia, where it has its main plant, directly employing some 45,000 workers – an impressive figure in a city where the total population is only 300,000.

Despite its impressive size, Severstal shares a problem common with other large enterprises that were founded in Russia more than half a century ago: Much of its technology was allowed to become outdated during the late-Soviet period and the difficult decade of economic and political change that Russia experienced in the 1990s. The enterprise’s production facilities now require widespread innovation in order to put the company on par with the highest global standards and enable it to compete today and in the future.

According to specialists at Severstal, this modernization process is already well under way.

Valery Rozhkov, senior specialist at the Quality Control Department at the steel production servicing center of SSM-TyazhMash (a subsidiary of the Cherepovets complex that focuses on the building, repair and servicing of metallurgical machinery) stresses that the recent modernization at the plant in Cherepovets has already brought impressive results.

“We had something of a celebration recently; we produced our 400 millionth ton of steel,” says Rozhkov, who has close to 40 years of experience at the plant. “The statistics are truly stunning. Divide that figure over the 55 years that we’ve been operating and you get an average of 7 million tons [7.7 million U.S. tons] a year. In reality, though, it’s the pace of the growth in production in the past 10 to 12 years that has made the difference.”

Between 1995 and 2001 alone, the volume of steel produced at the Cherepovets plant rose by 66 percent, from 5 million tons to 8.4 million tons per year.

Rozhkov notes that there is still much work to be done. Of the five steel continuous casting machines operating at the Cherepovets complex, one (Machine No. 5) has already been modernized in collaboration with outside partners, including SKF, and there are plans to introduce similar innovative solutions in the four others. Investments in converter production of more than $30 billion over the next two years were announced in July 2010.

Rozhkov stresses that this is an excellent example of the key approach to modernization that has been adopted by Severstal. Rather than starting from scratch and “buying in” entirely new equipment, technology and facilities, the enterprise is seeking innovative, cost-effective ways to modernize the vast production facilities that are already operating at its plant.

The modernization program for the continuous casters in particular was especially challenging because of their unique history, Rozhkov says. “These machines were designed and built back in the days of the Soviet Union, behind the Iron Curtain, where we’d been left a long way behind by the advances made abroad. Our specialists had to a certain extent seen what was being done at plants in the West, but many of the solutions they came up with were fragmentary and didn’t really resolve the problem of casting high-quality steel as a whole. Our job now is to compensate for those shortcomings and eradicate them.”

Among the innovations that have been a success in this process, Rozhkov cites the importance of modernizing the caster roller units through, for example, the fitting of more reliable high-tech CARB bearings to a caster originally designed and built back in the Soviet era. He stresses, however, that the solution is not just a matter of buying in high-quality components.

“You need comprehensive, integrated solutions,” he says. “You have to create the right operating conditions for the bearings, the right cooling and reliable lubrication, without over-complicating the assembly and dismantling processes. A key part of our modernization work revolves around the culture of production. Effective maintenance is as important as the quality of bearings.”

For this reason, the monitoring, replacement and refurbishment of bearings in Steel Continuous Casting Machine No. 5 at the Cherepovets complex has been outsourced to SKF. Valerij Nosov, manager remanufacturing and head of the project in Cherepovets from SKF’s side, has overseen the creation of a program involving the training of the workshop’s personnel, ongoing evaluation of the continuous casting machine’s bearings, their restoration and the creation of a database for future work.

“You can put in great bearings in terms of their quality,” Nosov explains, “but if they’re not mounted, lubricated and monitored properly, there will be breakdowns, and that will lead to significant production losses. We aren’t just suppliers of bearings and lubrication here; we are providing a full Integrated Maintenance Solution [IMS], and our job is to make sure that our partners are maximizing the efficiency and reliability of their continuous casters.”

This IMS solution enables Severstal to see in hard figures the savings that it is making, both in terms of materials expended and human resources applied, through the application of the comprehensive, tailored system that SKF has supplied to the enterprise.

Rozhkov agrees, noting that in the modernization of the complex’s continuous casting machines in general, and not only where bearings are concerned, Severstal is seeking comprehensive solutions. “In the past,” he explains, “we’ve had bad experiences with what we at Severstal call ‘magicians’ – people offering everlasting lubricants, say, or people promising to pull rabbits out of top hats, as it were. This has taught us how to select partners. We only work with people who have a comprehensive, all-encompassing approach.”

SKF has already introduced a major bearing replacement and servicing program for Steel Continuous Casting Machine No. 5 at Severstal’s Cherepovets complex. It began work on the project in 2007. Plans to implement the same servicing for the four other continuous casting machines at the facility are currently being discussed.