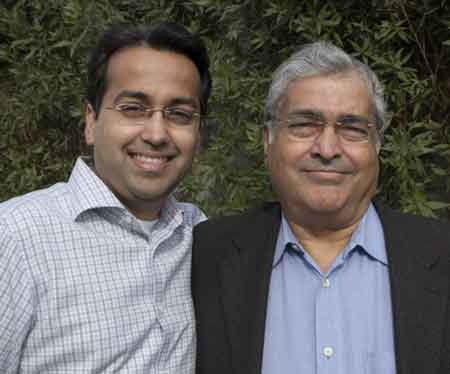 With its tall windows, lofty ceilings and gleaming tiled columns, Jinnah International Airport is an impressive gateway to Karachi, Pakistan’s business center. Costing some $100 million, it was Pakistan’s most expensive public building when it was completed in 1992, and it remains a source of national pride. The airport is one of a number of structures in Pakistan that owe their innovative design to Amreli Steels, a company located some 35 kilometres away, on the outskirts of the city.

Today, Amreli Steels is Pakistan’s leading manufacturer of steel reinforcement bars, and the company is on the brink of an expansion that looks set to give it international recognition.

Today, the plant is producing reinforcement bars (rebars) at a rate of between 12,000 and 15,000 metric tons per month – compared with its previous output of 6,000 tons per month.

“We’re in an extremely aggressive market,” says Jahangir Ali Khan, Amreli’s senior manager of technical and project development. “These measures have
enabled us to reduce our costs and compete effectively.”

The production processbegins with the billets being cut to size and moved by magnetic crane and rollers to a 31-ton-capacity furnace. Once inside, the billets take 2.5 hours to reach the 2,282 degrees Fahrenheit necessary for the rolling process. Each red-hot billet then travels via a roller table to the roughing mill where it makes five passes – reducing its size from 5.9 inches square to 2.8 inches square. It then makes a single pass through up to 13 rolling stands, depending on the required size of the finished product.

Despite the global slump, Shayan Akberali is optimistic. “With a developing country like Pakistan you’re looking at a growth rate of at least 7 percent in per capita steel consumption per annum,” he says. “Right now, we’re on a per capita consumption of 35 kilograms [77 pounds], and it’s likely to rise to between 80 and 100 kilograms [176 and220 pounds], so there’s huge scope.”

SKF is providing Amreli with an ongoing support program that includes staff training, instruction on mounting procedures, condition monitoring of equipment, root cause failure analysis and advice on potential improvements in bearing systems and pro-cess conditions.

As part of the program, the plant’s roughing mill has been redesigned with the help of SKF’s steel segment in Germany, a solution that enables Amreli to retain the roughing mills’ existing rolls.

Amreli has already seen a positive return on its investments with SKF. Since 2008, spending on bearings per ton of rebars produced has been reduced by 15 to 20 percent, and the redesign of the roughing mill is expected to bring it down by an additional 10 percent.