SKF's RecondOil in hydraulic system on a superyacht. | Evolution

Innovative oil regeneration technology from SKF has allowed marine engineers to upgrade a key hydraulic system on a luxury superyacht. By continually removing moisture and nano-scale particles, the ultra-compact RecondOil system significantly extends the oil lifetime and reduces the need for oil changes.

The superyacht Skat, built by the Lürssen shipyard in Bremen, Germany, has been turning heads since its launch in 2002. On the outside the 71-metre yacht looks almost like a military vessel, with spare, simple lines and minimal decoration. Inside, however, the Skat lives up to its name, which means “treasure” in Danish.

Spread over four decks, the yacht offers luxury accommodation for guests in six double staterooms, plus extra accommodation for children. A lift is provided for guests so they can glide between decks, giving them effortless access to the helipad, a jacuzzi and on-board jet skis. In port, another lift deploys motorcycles from the superyacht’s storage garage.

In 2021, the Skat changed hands. The vessel was then almost 20 years old, and the new owner decided it was time to send it to Peters Werft in Wewelsfleth, Germany, for a significant refit. One major job on the list was the replacement of the SKF fin stabilizers. These stabilizers protrude from the sides of the hull below the waterline, moving under automated control to reduce rolling. This allows the vessel to maintain control in heavy seas and greatly improved comfort and safety for passengers and crew. During the refit, the existing stabilizers were scheduled to be replaced with larger fins that would be able to control the vessel’s roll when it was at anchor as well as when it was underway.

we can extend this time interval significantly, reducing the need of oil changes

For the replacement stabilizers, the team in charge of the Skat’s refit stayed true to the vessel’s original design ethos, selecting the SKF FZ400 hydraulic stabilizer that is well proven on yachts around the world. But when it came to integrating the new stabilizers into the boat, they faced a significant challenge.

The Skat already has plenty of hydraulic equipment on board, mainly used to run comfort features, such as the motorcycle lift. “But the SKF stabilizer uses oil of a different viscosity to those other systems,” explains Sascha Meinhardt, application account manager yacht at SKF. “And that meant including new reservoirs to store that oil on the vessel.”

For normal operation, the system requires around 1,500 litres of oil, but vessels usually carry a backup store of at least the equivalent amount. “That allows crews to change the oil at sea, which might be necessary if the primary oil becomes contaminated,” says Meinhardt.

Finding space for that backup reservoir was proving a headache for the refit team: they already had a long list of other new equipment to squeeze into the Skat’s machinery rooms. And that’s where SKF RecondOil came in.

SKF RecondOil Double Separation Technology (DST) is an innovative new approach to the management of hydraulic, lubricating and machining oils (see factbox). Already deployed in multiple industrial applications, RecondOil DST removes impurities from oils with much greater efficiency than conventional filters. By taking even nanometre-scale particles out of the oil supply, RecondOil dramatically slows down the oxidation processes that usually limit the working life of oils. It allows users to keep using the same oil again and again, sometimes for many years.

The first generations of RecondOil systems were designed for factory applications. They are relatively high-capacity units designed to treat high volumes of oil, but they are too big to fit into all but the largest vessels. Fortunately for the Skat, however, the RecondOil team was just finalizing a new DST approach designed specifically with space-constrained applications in mind. Indeed, during its development, the new compact DST was informally known as “the shoebox”. The production units are not much bigger than a shoebox, measuring 600 millimetres wide, 560 millimetres high and only 250 millimetres deep.

The team set about designing a system that would incorporate one of the first production versions of the compact DST system into the hydraulic system of the new stabilizers. Mechanically, the new unit is very simple, comprising a small pump that draws hydraulic oil from the reservoir and a special enclosure containing RecondOil’s proprietary filter technology.

The compact system filters 60 to 90 litres of oil per hour. That means the full contents of the reservoir are treated and returned to “like new” condition every two weeks of operation. After initial installation and setup, the system needs no attention from the crew other than routine checks on the condition of the oil every three months.

For the engineers in charge of the Skat’s refit, however, the new technology solved another big problem. With only one oil reservoir to accommodate, they were able to find space for an additional chiller unit in the machinery room. The system promises ongoing cost and environmental benefits, too.

“The oil in the stabilizer system is normally changed every two or three years. With the RecondOil solution, we believe that we can extend this time interval significantly, reducing the need of oil changes, cutting out time-consuming and expensive maintenance job,” says Mainhardt. “And each of those missed changes saves the equivalent of around 4,300 kilograms in CO2 emissions.” That was a key benefit for the new owner, who has prioritized sustainability in all the refit decisions.

The RecondOil system is also expected to extend the life of the stabilizer’s hydraulic components by eliminating the impurities that can accelerate wear and corrosion or lead to the build-up of “varnish”, a sticky residue that increases friction and impedes oil flow. All that means that the Skat’s new owner can look forward to the next two decades of adventures on the high seas.

Double Separation Technology in a box

The superyacht Skat wasn’t designed to spend its life moored. It is equipped to operate on long voyages and in remote regions. Its tanks hold 240,000 litres of fuel and 62,000 litres of water, and its drive systems include multiple layers of redundancy so it can still make safe progress even if one of its two 2,682 hp (1,973 kW) engines should fail.

SKF RecondOil Double Separation Technology (DST) is a patented combination of chemical and mechanical filtration that removes nano-size particles without damaging oils or their additives. The technology uses principles originally developed in the world of biochemistry, which have been adapted for industrial applications. At its heart is a special “separation booster” that acts like a chemical magnet, attracting nano-scale particles and water molecules and causing them to coalesce into larger clumps.

In industrial RecondOil systems, oil regeneration is completed in a two-stage process. Firstly, the clumped particles are allowed to settle out of the oil. Then the oil is passed through a mechanical filtration system that extracts any remaining separation booster.

In the new ultra-compact DST systems, RecondOil engineers have combined the two parts of the process into one, creating an advanced filter system that is coated with a version of the booster material. That filter catches particles that would slip through even the finest conventional filters, leaving ultra-clean oil ready for re-use. 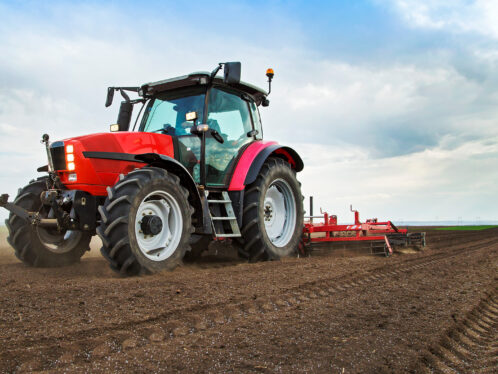 A new grease gun in the SKF family enables users to toggle between high-volume and high-pressure requirements via a thumb-operated switch.
Lubrication Solutions,Maintenance,Maintenance products,New technology/product,