SKF’s climate target 2012–2016 has resulted in some impressive achievements and has helped to lay the foundation for the company’s ambitious new climate targets.

Climate Savers is a climate leadership programme run by the World Wide Fund for Nature (WWF) with the objective of recognizing corporate leadership in climate solutions, developing low, zero or carbon-positive business models and demonstrating that lower greenhouse gas emissions can work in tandem with economic growth. SKF was part of the programme during the period 2012–2016.

Before officially joining the Climate Savers programme, potential participants engage in an intensive process of collaboration with experts to define, quantify and articulate relevant targets.

“One of the major aspects for companies in the programme is to make a public pledge to certain well-defined goals,” says Stefan Henningsson, senior adviser for WWF on climate, energy and innovation. “It is important to get into the details if you want to achieve realistic targets that also make a difference.”

When SKF joined Climate Savers in 2012, one of the purposes was to invite a credible third party to verify SKF’s credible and clear targets for greenhouse gas emissions.

“They were an important speaking partner in setting concrete and achievable targets,” says Jonas André at SKF Corporate Sustainability. “The outcome after five years was that we had indeed reduced our CO2 footprint. What we have learnt also gives us a head start to reach the new targets set for 2025, which we will start report progress on in March 2018.”

Once the four target areas had been defined, SKF set about changing both the way it operated in manufacturing, transport and energy usage and how suppliers could contribute to lower greenhouse emissions.

“It involves essentially the whole value chain and includes a great number of actions and projects,” André says. “Having those clear and public targets is very helpful as the ambition becomes more visible and credible.”

BeyondZero is a registered trademark of the SKF Group.

One important aspect was how raw materials, used to manufacture SKF products, were procured with regard to energy use. Instead of trying to regulate how they operated and demanding lower CO2 emissions, SKF opted to work towards having all energy-intensive raw material suppliers certified according to the ISO 50001 standards, something that in 2011 SKF itself decided to seek. That path proved to be very effective, and by the end of 2016 some 84 percent of the suppliers concerned were certified; the remaining suppliers are working towards certification.

When it came to its own energy use, SKF set as a target that by 2016 energy used should be 5 percent less than in 2006, regardless of how much the business expanded. The target was met by a wide margin, as SKF’s energy use had dropped 14 percent compared with 2006, even though the business measured by net sales had grown by more than 35 percent.

This was achieved through projects such as one in Busan, Korea, where optimizing the compressed air system reduced the energy used per production unit by 17 percent. At the SKF Campus Jiading in Shanghai, China, the energy per produced unit was cut by almost 30 percent from 2015 to 2016 by using new lighting and compressed air systems, and at SKF Mekan in Katrineholm, Sweden, a new melting shop cut energy use by 20 percent.

Goods transport is another source of CO2 emissions. As a target, SKF set a 30 percent reduction in relative emissions per tonne-kilometre by 2016. By the end of that year a 31 percent reduction had been accomplished, and this was done by avoiding unnecessary transport and shifting to alternative means or routes with lower CO2 intensity. In São Paolo, Brazil, for example, local carriers have now set up sorting facilities at the SKF site instead of their own. That means goods can be dispatched directly to the customer, which in turn means shorter distances. Together with using more fuel-efficient trucks, this measure has slashed emissions by 30 percent in just one year, from 2015 to 2016.

In Gothenburg, biogas and biodiesel trucks are being used for all transport from the factory to the harbour, which reduces CO2 emissions by 70 to 80 percent. In Belgium, SKF turned to river barges between the international warehouse in Tongeren and the Antwerp port, cutting CO2 emissions by 50 percent.

The fourth area was to involve not only suppliers but also customers. This has been done through SKF’s customer solutions, enabling better environmental performance. Every reduction in friction, weight or the need for lubricants in such applications as pumps, windmills, cars, trucks, trains and others with rotating parts means benefits for the customer, end users and the environment. To calculate and verify the reduced impact on the climate, a life-cycle approach is being used.

SKF’s ambition has been to increase the sales of these solutions, which are significantly improving environmental performance, and in fact from 2015 to 2016 annual sales jumped by 16 percent to 700 million euros in 2016, or about 9 percent of total group sales.

“Good examples are the wind power and electric vehicle sectors, where we provide components that can make the products both better and cheaper,” André says. “Wind turbine manufacturers are already a very important customer segment for us.”

The results of SKF’s participation in Climate Savers are also appreciated by WWF. “SKF has been important in pioneering standards for the sector and industry where they operate,” says WWF’s Henningsson. 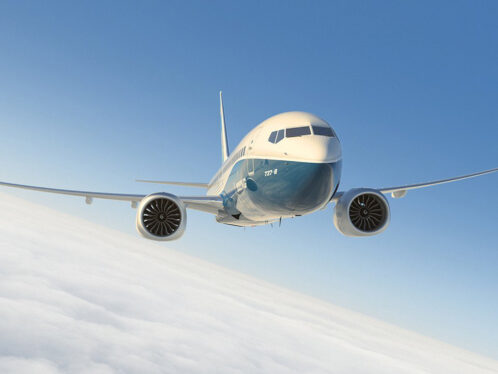 SKF is supplying CFM International – a joint venture between US-based GE Aviation and Snecma in France – with main shaft and gearbox bearings for the [...]
Aerospace,Design,Other (roller bearings),
‹ › ×
‹ › ×
Cookies information
SKF uses cookies on our web site to align the information shown as closely as possible to the visitors' preferences and to tailor our web site user experience in general. See information about Cookies.I ACCEPT