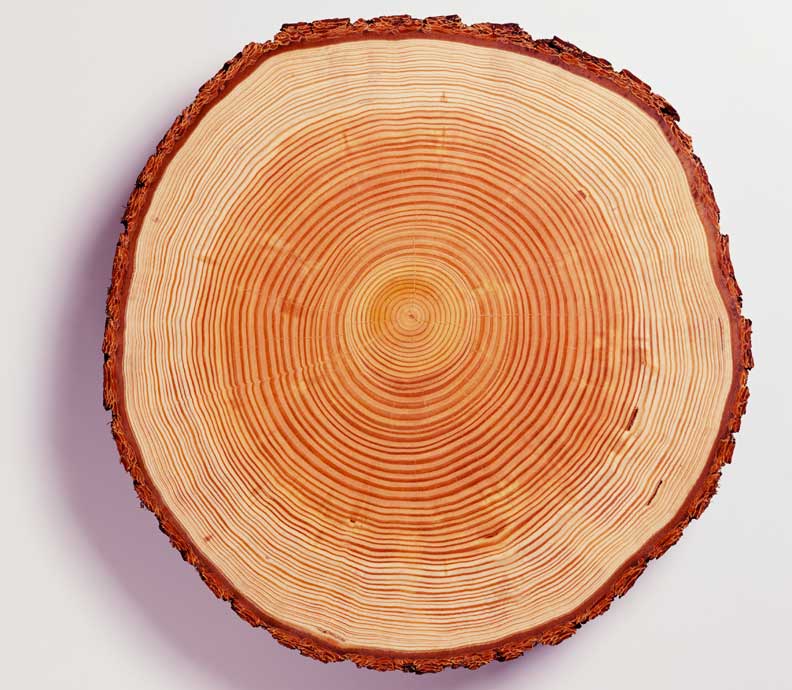 Söderhamn Eriksson designs machinery to help sawmills get the most out of their logs.

Long-time partners
“SKF was founded in 1907, and it’s possible that we’ve been working together since then,” says Söderhamn Eriksson’s development manager, Per-Åke Wiklund. What began as plain bearings for frame saw crankshafts has become CARB toroidal roller bearings in band saws, super-precision bearings in spindles and mechatronics for positioning of saw machines.

Söderhamn Eriksson began operations in 1864 and now belongs to the Cellwood Group. With 220 employees in Söderhamn and Mariannelund, Sweden, the company’s annual turnover is 400 million Swedish kronor (45 million euros).
CARB is a registered trademark of the SKF Group.

Take a look around you. You will almost certainly see an item that has passed through a sawmill: the siding on a house, a piece of furniture or perhaps a doorjamb.

In 2009, the European Union and United States together produced more than 150 million cubic metres of sawn wood, according to the statistical body Eurostat. This is about 145 times the volume of the Empire State Building in New York City, and approximately half of the total world production.

Prices vary, of course, but with volumes like these it is easy to see why every extra fraction of a percent of usable wood that you get from a log means a great deal of money for the industry. This is what makes a developer of sawmill machinery tick.

Söderhamn Eriksson is a Swedish company that has been developing machinery for sawmills since 1864. Today, it offers a whole range of technology from debarking of logs to edging of boards. The equipment is delivered across the world, with coniferous forest areas as the main markets.

“The basic philosophy of our systems is to create the means to get the highest possible recovery,” says the company’s development manager, Per-Åke Wiklund.

The first step in a production line from Söderhamn Eriksson is a Cambio debarker, which strips a log of its wrapping with rotating knives. The log is then passed through a Logpos optimization system that uses laser scanners to determine the optimal position in the log saw.

“A log is never completely straight or free from defects,” explains Wiklund. “To get the most out of it, we make a three-dimensional measurement that details the outer geometry of each log. Then, the optimization equipment determines how it should be positioned in the log saw to get maximum recovery, which can be up to 80 percent.”

The log saw produces a cant – a log that has been cut on two sides – and some sideboards. The cant is flipped on its side and brought to a ripsaw. The boards head for the edger, which does just what it sounds like: It gives the boards straight edges instead of the remaining round shape from the periphery of the log.

When a log has a curve, it is positioned vertically for maximum recovery, which means the cant will be curved in the same way. It must be guided through the ripsaw so the centre follows the centre of the saw. To do this, each cant is first pos­itioned according to the initial optimization result before the cant is sawn into planks and more boards.

“We have world-leading technology for curve-sawing a cant in a ripsaw,” says Wiklund.

Coming back to the boards, edging is another opportunity for optimization. Boards with straight edges are worth more than those with round edges, so the ideal is to trim the width. But if too much is trimmed, volume is lost, so mills must balance quality and volume. This process is similar to the one for logs and cants, but with boards the optimization equipment is connected to an edger. At a speed of one board per second, this system will reach a recovery of up to 97 percent.

Although recovery is important, productivity is also of paramount concern. This means combining precision with speed in an extremely tough environment. A log saw operating under good conditions can have a feed of up to three metres per second, with a 10-centimetre gap between each log. With heavy, six-metre logs, this equates to just two seconds per log.

While frame saws once dominated the industry, they have taken a backseat to band saws, circular saws and what are known as “reducers”. The latter turn surplus material to wood chips during the sawing operation. Söderhamn Eriksson has a complete range of machines, under names such as Logmaster, Chipcanter, Eurosaw Edgar and Exeltec.

Every sawmill has its preferences, so the machine combin­ations are customized for each sawmill. “We have to be good at offering flexible production in our workshops,” says Production Engineer Ulf Ståhl. “There are even certain types of machines that we don’t make every year.”

Looking into the future, Wiklund thinks that thin saws and minimal sawdust will continue to be primary drivers in the industry.

“Timber has been divided according to the same basic principle for hundreds of years, and I think it will stay like that for some time yet,” he says. “But it will continue to go faster. We will also measure more to position the cuts with higher precision and continue to increase the recovery from a log.”

Moving guides
As size changes from log to log in a sawmill, the blades must be reset. This means the units of a saw assembly have to be moved sideways. Söderhamn Eriksson mounts the units on linear guides with actuators from SKF.

“We normally calculate with a 0.3-second reset time, and then we have to both accelerate and decelerate,” says Development Manager Per-Åke Wiklund. “The top speed is about a metre per second, and we may be looking at a 10-tonne piece of machinery moving about.”

The assembly must also stay in position within a hundredth of a millimetre to make a clean cut.

Spinning in control
Circular saws and reducers may have several blades on a 400-millimetre free axle end that rotates at a speed of 3,000 rpm. Söderhamn Eriksson develops its own spindles with super-precision angular contact bearings from SKF.

“All our spindles have built-in vibration sensors, and we test them rigorously before delivery,” says Stephen Edwin, a mechan­ical engineer at Söderhamn Eriksson.

To avoid resonance, the rig measures the natural frequencies of the spindle to make sure they match the calculated values. The balance and mounting of the spindle is also checked, but to predict the actual operating conditions is impossible; the variation in logs is too great.