» Vehicle of the future here now 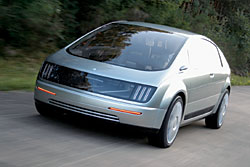 Vehicle of the future here now General Motors’ new concept car, Hy-wire, is the world’s first driveable vehicle to combine a hydrogen fuel cell with by-wire technology.
The vehicle is the product of global cooperation. GM designers and engineers in the United States have developed the chassis and body design, as well as the engineering and electrical system integration. The company’s engineers in Germany have integrated the fuel-cell propulsion system. The vehicle body was built in Italy in cooperation with design house Stile Bertone, and SKF Group has developed the by-wire technology – called by-wire by SKF – at its business unit in Italy and Netherlands.
Following closely in the wheel tracks of its predecessor AUTOnomy, the Hy-wire features an innovative skateboard chassis, which contains all of the sedan’s propulsion, transmission, steering and braking components. The 11-inch (28 cetimetres) thick chassis’s frame also provides one docking electrical connection to the body with all its electrical functions.
Hy-wire’s fuel cell propulsion system has a top speed of 160 kilometres per hour, or roughly 100 miles per hour. Its electric motor, which is mounted transversely, drives the front wheels and generates a maximum power of 60 kilowatts. It delivers a maximum torque of 217 Newton metres.
The vehicle uses electrical signals instead of mechanical linkages or hydraulics to operate the accelerator, brake and steering functions. These driver-control functions are consolidated into the by-wire by SKF system. The control system is located within a flexible, hand-controlled unit called the driver control unit. The unit replaces the conventional steering wheel and gives the driver the option to brake and accelerate with either the right or left hand. It also gives the opportunity to adapt the car for left- or right-hand drive without physical modifications. In Hy-wire, you just push a switch and the driver control unit moves from one side to the other.
The by-wire by SKF technology translates the driver’s commands into electrical impulses. Sensors capture this digitally and send a signal via a network of control computers to an appropriate SKF Smart Electro-Mechanical Actuating Unit (SEMAU), which performs the necessary action.
“By combining fuel cell and by-wire technology, we’ve packaged this vehicle in a new way, opening up a new world of chassis architectures and customized bodies for individualized expression,” said Chris Borroni-Bird, director of GM’s Design and Technology Fusion Group and program director of the Hy-wire concept.
“It is a significant step toward a new kind of automobile that is substantially friendlier to the environment and provides consumers positive benefits in driving dynamics, safety and freedom of individual expression.”
GM expects Hy-wire will have a profound impact on the automotive industry. The company already has more than 30 patents in progress covering business models, technologies and manufacturing processes related to the concept. 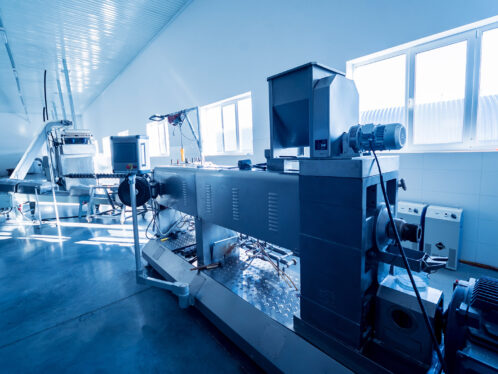 It’s time to rethink relubrication. Thanks to an innovation from SKF, a leading snack food producer is using fryer oil to lubricate the bearings in [...]
Bearing units,Food and Beverage,Lubricants,
Manufacturing 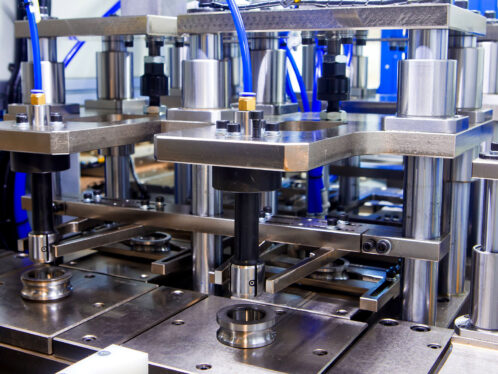 Expansion of SKF’s ball bearing manufacturing site in Xinchang will give customers even better service and access to a wider product range.
Bearings,Manufacturing,