In an era where many companies spend endless time and money devising complicated equations to achieve the essence of superior business performance – operational excellence – it all comes down to this: Keep it simple.

Ferrari likes to keep it simple. The Italian manufac­turer of sleek sports cars began producing its Formula One racing cars in 1950. In recent years, the Ferrari Formula One racing team, in particular driver Michael Schumacher, has been virtually undefeatable in the Formula One World Championship competition. The ambition to be the best is at the heart of not only the driving technique but also the exquisite care with which each Formula One car is individually designed and manufactured. With operational excellence as its company credo, “crash and burn” just doesn’t enter Ferrari’s vocabulary.

Rolls-Royce keeps it simple, too. Celebrating the 100th anniversary of Charles Rolls and Henry Royce’s business partnership, the company’s excellence has expanded beyond its legendary cars to the civil aerospace, defence aerospace, marine and energy markets. With hundreds of airlines and thousands of corporate and utility aircraft depending on the quality of its gas turbines, Rolls-Royce not only lives the philosophy of excellence, but it also actively encourages it through the annual Sir Henry Royce Technical Innovation Awards.

A company doesn’t need the powerful product line of Ferrari or the brand cachet of Rolls-Royce to aspire to operational excellence. But it does need to toss out the complicated analysis and get back to basics, says Constantine Kazakos, principal of Rational Initiatives Consulting of Stamford, Connecticut, in the US. Kazakos had a 20-year career at companies such as Ernst & Young, Xerox and IBM, working within operational excellence, before starting his own consultancy.

“It is doing things right for the right reason,” says Kazakos. “Operational excellence is about the efficiency and effectiveness of a business based on the processes. You need both.”

The formula for achieving operational excellence is deceptively simple. It is a matter of eliminating or redu-cing non-value-adding activities – activities that the customer is not willing to pay for and could care less about, says Kazakos.

“These are things like reports, staff meetings, internal audits, inventory, conferences, internal inspections and accounting,” he says. “These things may be necessary, but the extent to which a company can reduce or even eliminate them is the key to becoming operationally excellent.”

This may be a simple bit of advice, but it can be extremely painful for a company to execute, particularly one that works in silos, where each unit has come to view its activity as a separate part of the business.

United Technologies Corporation (UTC), the aerospace products and services company based in Hartford, Connecticut, sought to transform what it called its “value stream” in the mid-1990s by getting out of the silo mentality. Until 1993, UTC was a holding company with autonomous divisions. The owners of each of the operating units were the inventors and entrepreneurs behind each of the commercialized technologies. To create more unity, UTC spent two years looking at fundamental business practices across its companies and standardizing them. In 1996, it implemented an operating system, ACE, which stands for “achieving competitive excellence.”

Doing it right the first time was part of the ACE philosophy. That led to a product preparation process in which the product design quality was geared to the required production volume at the target cost by the target date. As a result, a UTC company that used to take eight days to build a particular engine can now build it in eight hours, thanks to the redesigned manufacturing process.

“Process” is the key word, says Kazakos. “There are certain things a company needs to have in place to be operationally excellent. The first is having a process perspective and making those processes as effective as possible for achieving the end result of a satisfied customer. The second is to assign process owners. The third is to establish a system to measure efficiency and effectiveness, the fourth is to benchmark performance with competitors, and the fifth is the capability to immediately develop action plans to close any potential gaps. With all those mechanisms in place, even a large productivity gap can be quickly and effectively corrected.”

Operational excellence is one of three main strategies that a company can choose to focus on, says Carl-Peter Thorwid, a partner with Accenture, the international management consulting company.

“The others are product leadership and customer intimacy,” he says. “But often companies that are true leaders excel in all three areas. For example, a company can be a product leader and yet be forced to focus on operational excellence in manufacturing – achieving the lowest total cost for its products – because of competition in the market.”

Thorwid has found that among Accenture’s clients, cross-functional teams often have the highest degree of success in achieving operational excellence. “You can’t just have the engineers working on quality; the operators have to participate in that discussion, too,” he says. “It is also important to work in several dimensions at once. You need to think about how to manage and organize the system around the production process so that all functions can support it in an optimal way.”

Excellence shows on the bottom line. Thorwid has seen a number of companies reduce their value-added costs (all the costs expended to produce a product or service) by 25 percent. Since valued-added costs are often 25 to 50 percent of the cost of a product, this can result in a dramatic cost savings.
Getting there requires a unified focus, as UTC discovered when it set out to “nurture the hearts and minds of employees,” in part by using simple, visual approaches to process improvement that are identical across the company. It also used measurements to identify problems, guide solutions and validate improvements. Problems were treasured for their learning potential.

UTC presented its case study on operational excellence to its fellow members of the Global Benchmarking Council, a group of Fortune 500 companies that gathers regularly to share best practices. Theresa Espesto, manager of member relations and events for the council, says that she has noted that companies who achieve operational excellence are careful to get buy-in from employees, not only from the top down but from the grassroots up.

“At a university established at UTC [that was] designed to share employees’ expertize, the CEO and senior managers were being taught by operators on the factory floor,” she says.

A simple lesson – but one that many companies have still not fully seized, says Kazakos. “I think that in the headlong pursuit of monthly, even weekly financial results, companies have lost sight of the strategic perspective,” he says. “Companies used to have a five-year strategy; that doesn’t happen anymore. The timelines are shorter, the pace is faster. Companies that are operationally excellent keep a healthy balance between who they are, what they want to do and how well they are doing it. It’s as simple as that.” 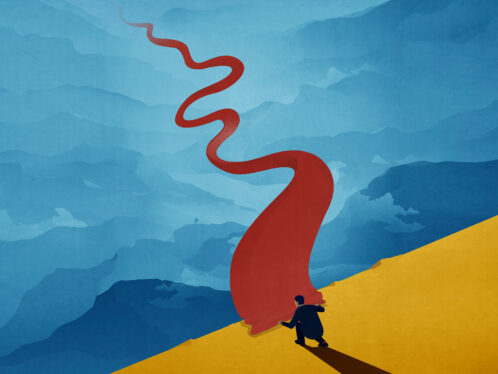