» Got ambition? Get a coach 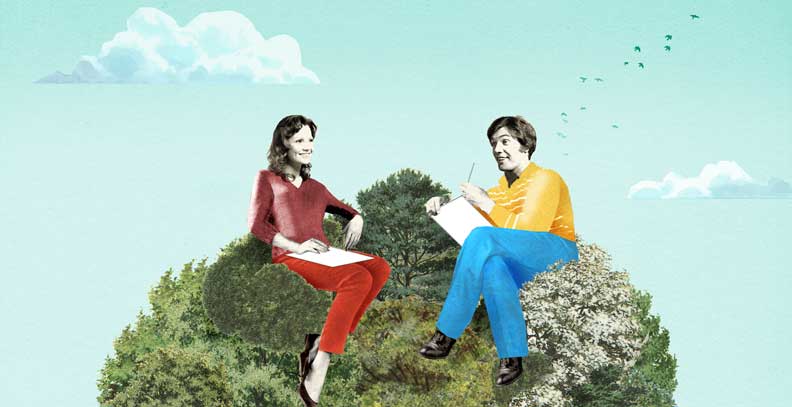 Got ambition? Get a coach

Evolution looks into the growing business  trend of executive coaching.

Twenty years ago, using an executive coach carried a stigma. It was viewed as something a surly executive had to endure as punishment for lacking “people skills.”

No longer. According to Marta Siberio, a long-time consultant and executive coach based outside New York City, having a coach these days is seen as a sign of a wise leader, not just in America but across the globe.

“Leaders who use coaching are seen as being willing to invest in themselves and bring more to the table, especially during difficult periods,” she says. “It’s increasingly common for leaders to negotiate coaching as part of their benefits package, particularly for their first year on the job.”

Executive coaching first arose during the 1980s, when large companies began downsizing, cutting their internal development programs and turning to outside consultants for problem-solving. Coaching was seen as a way to keep employees happier, thereby increasing productivity and reducing turnover.

Today organizations typically use coaching to nurture rising stars and keep leaders at peak effectiveness, says Siberio. “Folks at the top ranks of their trade still need to learn,” she says. “They rarely have anyone they can turn to for help working through their toughest problems.”

In 2009, a Harvard Business Review report on coaching found that the profession fills a niche halfway between technical business consulting and psychotherapy. Siberio says: “I don’t teach peo­ple when I coach. I know there are certain skills a particular leader needs, but I don’t reveal those at the start. Instead, I see whether people can demonstrate that they have these skills already. I help them find the answers within themselves and make them more conscious. It sounds like therapy ­– but at the same time, when it comes to personal issues, I have a very good sense of boundaries.”

Typically, the leaders who turn to Siberio for professional guidance fall into three categories: The first find themselves facing a crisis, whether that means serious financial trouble or major conflicts with the board of directors. “They’re feeling, as most leaders do, alone,” she says. A second group consists of people promoted to a new leadership position, often a notch below the top, who want to make the most of the opportunity. And a third type – more unusual – consists of long-time leaders who find they are hitting a wall and, Siberio explains, “have enough self-awareness to see they may be contributing to that situation.”

Siberio knows first-hand the challenges that senior managers face from her experience working for aid organizations in Russia and as an assistant commissioner in the New York City Health Department. She understands that formulating policy can prove especially daunting. “Very often, that’s where I see folks fall down, particularly those who have been promoted up the ranks,” she says. “They don’t know how to translate their skills into decision-making.”

In her role as coach, she can help. “At this point, I’ve worked with many, many styles of leaders. I know a variety of organizational contexts, I know the literature, and I can access research tools that are helpful to people looking for different competencies.”

Looking at the global picture, executive coaching is on the rise in both developed and emerging markets. A 2012 study by the International Coach Federation, a not-for-profit global coaching organization, estimates that there are now more than 47,000 professional coaches worldwide, with the highest concentration per capita in Australia and New Zealand. Coaching is growing fastest in Latin America and the Caribbean, as the profession penetrates new markets. Meanwhile, total annual revenue from coaching worldwide has skyrocketed to nearly $2 billion.

Although coaching’s effectiveness is considered somewhat anecdotal and has not been widely studied, some data do exist. In 2011, the American Management Association conducted a national survey of senior managers and executives at 230 organ­izations to find out how they felt about the coaching they received. “We do executive coaching ourselves, and we wanted to better understand its perceived value,” says Sandi Edwards, senior vice president for the association’s Enterprise division, which offers training and advisory services to companies and government agencies.

The key question was: “Generally speaking, how would you evaluate the impact of coaching delivered at your organization?” The results: “very effective” – 26 percent; “somewhat effective” – 62 percent; and “ineffective” – 12 percent.

Despite the current enthusiasm for coaching, the practice has not replaced mentoring, Edwards says. In fact, the two play different roles. A mentor is typ­ically someone within the same organization whom you can safely and informally turn to for advice. An executive coach, by contrast, usually comes in from outside, offering “new ways to look at the world.”
Moreover, mentoring and coaching involve different timeframes. “Coaching has a beginning, a middle and an end,” Edwards says. “Mentoring could go on forever.”

How do you find a good coach? While some companies feel more comfortable hiring someone holding credentials from a certified program, Edwards says a degree or particular certification is not necessarily crucial. More important may be finding a coach with specific experience you lack – for example, leadership in the Asia-Pacific arena – and someone you trust to maintain absolute confidentiality.

“The main thing is the fit,” Edwards says. “At the initial meeting, there needs to be an emotional click. If it’s a good fit, it’s likely going to be a good experience.”

For coaching to work best, the practice requires clear goals, discipline and adequate time. “You can’t have a one-month coaching relationship,” she says. “A six-month coaching engagement would be typ­ical, and you should set two or three milestones to be met along the way. In some cases you’re trying to change behaviour patterns, and that takes time.”