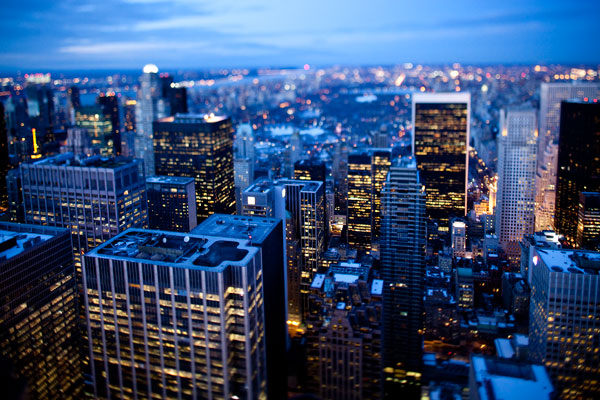 Two pairs of eyes are laser-focused on the big screen monitor providing minute-by-minute data about the state of the Highland wind farm in southwestern Pennsylvania.

Plant operators John Bennett and Bradley Foy are working in the wind farm’s control center, situated a few minutes’ drive away. From here they monitor and manage 25 turbines generating more than 62 megawatts of installed capacity.

In fact, the U.S., a country accounting for about 20 percent of the world’s total energy-related emission of carbon dioxide, is increasingly looking to the skies for power. By the end of 2010, the country was the second biggest producer of wind energy in the world. Around 2 percent of its electricity is now generated by wind power, but the potential is much greater. In 2008, the Department of Energy published a report exploring a scenario in which wind provides 20 percent of the country’s electricity by 2030, and President Barack Obama’s 2009 stimulus bill included a strong focus on renewable energy. The development of wind power also enjoys strong support among the U.S. public. According to the American Wind Energy Association, polls recently showed that nine out of 10 voters believed that it was a good idea to increase the amount of energy the U.S. gets from wind. And in spite of the recent economic crisis, installed wind power capacity more than doubled from the first quarter of 2010 to the first quarter of 2011.

EverPower wants to play a key role in realizing the U.S.’s future wind power goals. “Hopefully we can be one of the main providers,” says Daniel Lagiovane, project communication manager at EverPower. “We currently have one operational wind farm, and this year [2011] we’re constructing two wind farms. We have four more in the development stage, which hopefully will be in construction this time next year.”

“The Highland wind farm is about a $150 million investment in a local community,” says Lagiovane. “That’s what EverPower has put into the area, with most of it staying locally in jobs and the purchase of local goods and services.” The project also adds economic benefit nationally in the purchase of products used to build the wind farm, he says.

Lagiovane adds: “If something happens, you can’t run down to the local hardware store for parts. It can take days to get the parts, so the better we are at maintenance, the fewer major breakdowns we have, and we can keep the turbines going and operating as efficiently as possible and for as long as possible.”