» Going with the wind

Going with the wind

Headquartered in Jyväskylä, Finland, Moventas is one of the world’s leading suppliers of mechanical power transmission equipment for the energy and process industry. Net sales in 2008 amounted to 382 million euros, an increase of some 30 percent compared with the previous year. Wind turbine gear units accounted for two thirds of the 2008 sales.
The company had close to 1,500 employees at the end of 2008 and offices in Finland, Sweden, Germany, Canada, China, Singapore and the United States.
Majority owner of Moventas is Industri Kapital 2004 Fund, a venture capital company. President and CEO is Jukka Jäämaa.
www.moventas.com

About 70 years ago, when the first gearwheels were manufactured in Rautpohja in Jyväskylä, Finland, nobody was talking about wind energy. Instead, the shop started producing gear wheels for paper machines.

Later, in the early 1980s, the company began delivering small kilowatt range wind turbine gear units in addition to industrial gear units. When the foundation of the current Moventas was laid in 2000 with the merger of Valmet, Santasalo and Parkano Gears, forming Santasalo Gears – later Metso Drives – the first megawatt gear units were already under development.

Today the wind energy industry is growing rapidly, at about 25 percent annually. Moventas’ growth rates have been even more impressive.

About a year ago, the company employed 1,200 people; now there are close to 1,500 employees at the company.

“The wind energy has entered the mainstream now, and in traditional wind markets, such as Denmark, Germany, and Spain, wind is a remarkable source of energy,” he says. “There are about 12,000 of our gear units out there, which give us a global market share of 15 percent, and the good news for us is that there’s still a lot of potential for growth.”

Also, while the industry may be entering mainstream consciousness, the playing field is still wide open, and Moventas plans to grab a bigger share of the market. To support that strategy, the company is planning new production units in Finland and the United States and has signed several partnership agreements to help its customers in key markets.

On the outside,the Moventas Jyväskylä assembly plant looks like any other industrial park made of several prefabricated modules. But on the inside it is full of unique technology. Some 24 people assemble and test the
2 MW wind turbine gear units that are currently one of Moventas’ main products.

Over the course of a year, about a thousand gear units will travel through the spacious, clean assembly line in a steady flow of 20 gear units a week. Multi-megawatt and kilowatt-class gear units have their own processes.

“Currently, the 2 MW turbine gear unit is our main product, but we’re looking to introduce a 3 MW gear unit, which may be the new industry standard,” Toikkanen says. “The first ones were delivered in 2006, and we have several prototypes under way.”

The long lead times in introducing a new product also work as barriers to entry for any new competitor eyeing Moventas’ share in the market. Not only is the research and development a time-consuming process, but getting the new gear units approved and audited also takes time. About a year and a half, says Toikkanen. Playing tag with Moventas is not easy.

The gear unit is one of the major components in a turbine, making it an interesting target for improvements. But once there are new components or solutions, they have to be approved by a certification body, such as Germanischer Lloyd or Det Norske Veritas. In addition, the wind turbine operator, who is also liable for any damages, often appoints an auditor to verify whether the turbine fulfils all specifications.

“We have to test it rigorously, both in a turbine out in the field and also in a test lab,” Toikkanen says. “We simulate a life cycle of about 20 years for the gear unit and take it for short periods of time to three times the nominal output. Afterwards, when we take it apart after the test, it should basically look like new.”

If required, every part of the gear unit must be traceable, all the way back to the original source. The manufacturing process is audited, as are the quality control and environmental processes, says Toikkanen.

With the strong demandand new production facilities that send 3,500 gear units into the world each year, the next big business area will be service.

“This is a young industry,” Toikkanen says. “True mass production started only about eight years ago, so the service market is just developing, and all the players are still looking to gain market share. But there is a great demand for after-sales service.”

Right now, Moventas is running with the wind.

High-capacity roller bearing to the rescue

One of the key issues in the development of multi-megawatt wind turbines is to increase the power density, a challenge for both the turbine manufacturers and the gear unit manufacturers.

“A bigger turbine means longer blades, which leads to a slower rotational speed,” says Jari Toikkanen, R&D manager at Moventas Wind. “Currently, we have wind turbines where the tip speed of the blades is in the area of 300 km/h.

“To get the same power rating out of a slower speed, there’s a bigger torque, which also grows exponentially,” he says. “To keep the construction viable and cost-effective, the new gear units that produce that output must be lighter.”

Many wind farms are located in areas where the infrastructure is far from optimal. “It’s easier to transport and mount a 15-tonne gear unit than a 50-tonne gear unit,” says Toikkanen.

When everything has to get smaller, every building block of the gear units must be reconsidered. SKF came up with the high-capacity cylindrical roller bearing that helps Moventas achieve a higher load-carrying capacity in the limited space. Combining this with the Moventas planet wheel design with an integrated outer ring, a very high power density and reliability has been reached. The integrated design has the outer ring raceway integrated into the bore of the planet wheel. The bearing is delivered with a mounting sleeve that can be used for mounting the bearings.

“The idea for the high-capacity bearing came from SKF, and the basic idea is simple: More rollers create more contact area,” Toikkanen says. “Together with SKF, we designed the integrated outer ring concept that enables us to fit a bigger bearing in the same design space, which improves the load-carrying capacity by several percent. As a consequence, it means a remarkably longer bearing life.”

While the high-capacity cylindrical roller bearing is by no means exclusive to Moventas, the close relationship between the two companies during the development of the gear units, including the testing that was necessary to get the new type of bearing approved by the auditing companies, gave Moventas an advantage and SKF another entry into the market. 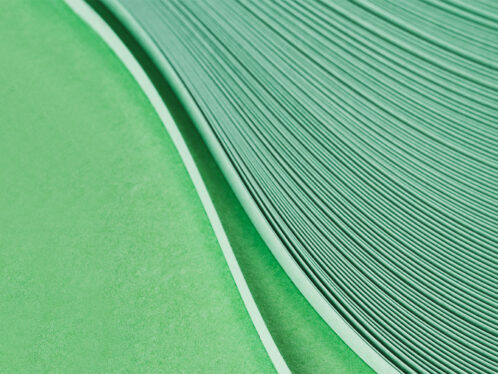