Race for speed and reliability
The history of aviation has extended for more than 2,000 years, from the earliest forms of aviation, kites and attempts at tower jumping, to supersonic and hypersonic flight by machinepowered, heavier-than-air jets. Famous inventors such as Leonardo
da Vinci, John Stringfellow and Lawrence Hargrave conjured up ideas on how to get some of the strangest machines to fly long before the Wright Brothers’ famous first flight at Kitty Hawk. Experiments with gliders provided the groundwork for heavier-than-air craft, and by the early 20th century advances in engine technology and aerodynamics made controlled, machine-powered flight possible for the first time.

Engines – overview
Behind any of the aircraft previously mentioned is the power plant. In the past there were many unique and varied ways to power an aircraft, but today the most commonly used design for commercial flight is the turbofan (fig. 5); a further development of the turbojet.

SKF Aerospace
The SKF Aerospace team has more than 2,500 employees and is one of the world’s largest manufacturers of bearings for the aeroengine market. SKF is a leader in aeroengine, airframe and elastomeric bearings, composite structural solutions, seals, units and related technology. SKF is helping to change the aerospace industry by assisting aircraft builders to meet a variety of customer demands by providing an array of innovative solutions. This is what continues to drive SKF forward.

Europe
SKF Aerospace Europe began with Clevedon, located in North Somerset, England. It was formally known as AMPEP, Aerospace. The business was established in 1963 and purchased by SARMA, an SKF company. In 2005, a further change happened when AMPEP became SKF (U.K.) Limited, Aerospace – Clevedon. Clevedon specializes in the design and manufacturing of self-lubricating PTFE/glass fibre-lined bearings for both aerospace and industrial applications. These bearings are used extensively in fixed wing and helicopter applications, primarily in the movement of flight control surfaces. In 1966, SKF bought the RIV bearing factory in Villar Perosa, Italy. The Villar Perosa facility manufactures customengineered bearings and solutions for aeroengine power generation, transmission equipment and other special high-tech applications.

Advances in aerospace bearing steels
As the aerospace industry pushedlimits of many technologies, bearings were a key component enabling these achievements. Most important for main-shaft engine and gearbox bearings were developments in materials and thermal processing (forging, heat treatment, etc.). This was the primary focus area and remains so today (fig. 7).

Leap into the future
Fifty years ago, Aviation Week magazine ran an ad describing the “new” Boeing 737, which already had attracted 124 orders from 15 airlines. This would be the start of the first family of jets in the world. This aircraft was designed with commonality and longer range than the 707 and 727 Boeings and had – new at the time – sixabreast seating. The jet would make its first flight on 9 April 1967, with the first delivery of the 737-100 to Germany’s Lufthansa. Today, the 737 continues to break records with a total order book of more than 13,000 aeroplanes and over 9,000 deliveries since inception. The 737 MAX is currently being flight tested. It incorporates the CFM LEAP engine as the sole engine solution (fig. 9). CFM International is a 50-50 joint-venture company between GE Aviation in the United States and Snecma in France. 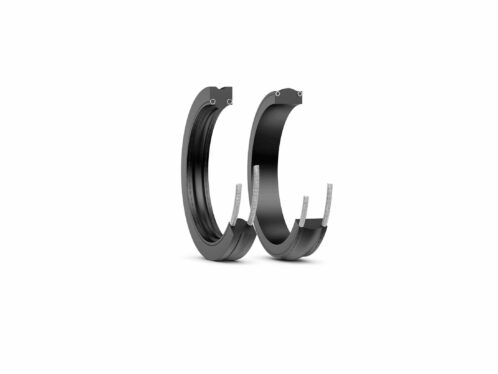