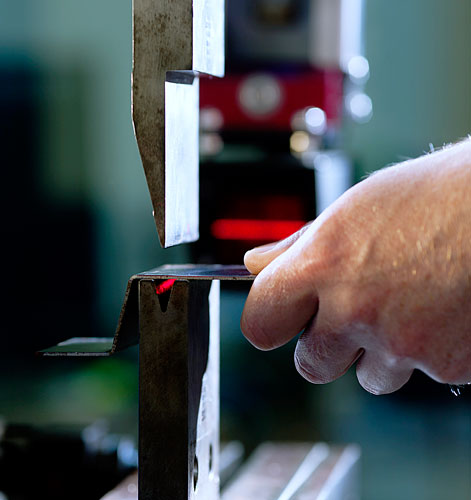 Handling with sheet metal has been likened to working with “a fast-moving guillotine.” In Perth, Australia, Lazer Safe builds advanced systems that protect operators of press brakes, machines that bend and form sheet metal.

The LZS series can be installed either at the time of manufacture or as a retrofit to a press brake that is already in service. It is generally regarded as the world’s most advanced oper­ator guarding system for press brakes.

There is very little to draw attention to a beige-colored building on an industrial estate in the Perth suburb of Malaga. The unremarkable structure has car parking in front, and its perimeter is ringed with barbed-wire-topped fencing.

The most common form of guard system uses a “light curtain,” an invisible fence in front of the press brake tool. It’s a clumsy solution in an industry where a lot of the work is done by hand in small batches.
“It doesn’t allow for intricate, small-scale work,” says Gould.