Italy has just celebrated its 150th anniversary as a ­unified country. SKF participated with a new exhibit at the National Car Museum in Turin.

Italy abounds in ancient history. Visit Rome, the capital, and you can see that history all around you, in such historical sites as the Colosseum, the Roman Forum and the Pantheon – all dating back many centuries.  Despite the prevalence of such history, Italy is relatively young as a nation. Through much of its post-Roman history, the region was fragmented, divided into numerous kingdoms and city-states. But in 1861, following a tumultuous period in Italian history known as the Resurgence (Il Risorgimento), it was united under the House of Savoy into a single country, the Kingdom of Italy, with King Victor Emmanuel II at the helm. The new nation encompassed the entire Italian Peninsula.

During 2011, Italians celebrated the 150th anniversary of the 1861 unification, and one of the contributions to the celebration came from SKF. When a renovation of the National Car Museum in Turin was decided on, the museum asked SKF to develop an exhibit that describes the present and the future of the automobile, in line with the philosophy of the museum’s exhibitions.

The result is an exhibit that shows, through the use of a flat LCD screen and four touch screens, how hidden components of a vehicle lie at the core of the vehicle’s performance and evolution.

It’s fitting that the Italian car industry is the focus of this anniversary project. Over the years, Italian car manufacturers have provided vehicles for every part of Italy’s population, from the mass-produced Fiats that have enabled travel for millions to the Ferrari and Maserati luxury cars that, while feeding the dreams of millions, are affordable for only a wealthy few. The car industry is an integral part of Italy today and offers something for everyone.

Sherry Lassiter dreams of a world in which almost anyone anywhere can make almost anything. Through the FAB Lab network – 1,200 labs in 100 countries [...]
Research and theory,
Digital Technology 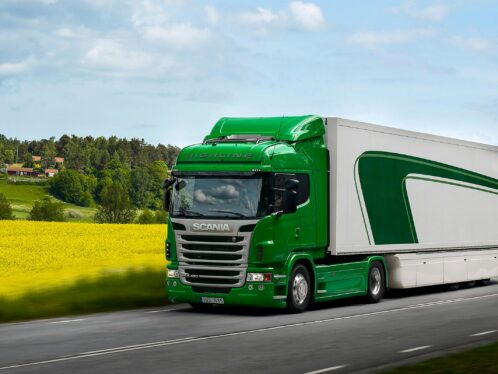