» Every kind of glass

Every kind of glass

As its glass goes global, French glassmaker Verrerie Cristallerie d’Arques capitalizes on a contented workforce and a network of local suppliers and services.

Remedy on demand
“We are the pharmacists of industry,” says Gerard Lefranc, chairman of SKF distributor Lefranc. “Whenever a machine has a temperature or is suffering, we provide the remedy. The mission of SKF isn’t to run a pharmacy, and a glass manufacturer like VCA doesn’t want to do the job either.”
Lefranc’s motto is “the right part at the right time.” He explains: “The right part means the quality of the components. The right time means the quality of the service.” This means delivery within the shortest possible period, he says.
Lefranc’s grandfather founded the company in 1913 in Calais, making transmission systems for the local lace industry when the French port was the lace capital of the world.
In the mid-1960s, SKF France began to appoint authorised distributors in the belief that local companies are better placed to respond to the needs of end users. Lefranc was one of the first. “Since then, we’ve striven to meet the requirements of VCA. The result is 33 years of co-operation between SKF and Lefranc to assure an ever-expanding range of services,” says Lefranc.
Today, Lefranc has five distribution depots spread throughout the Nord-Pas de Calais region. The company attained ISO 9002 certification in 1994.
The philosophy of SKF is that the client has specialist needs and that the distributor is better equipped to meet them more efficiently.
The main demands of a client like VCA are quality and reliability. To meet this, the distributor must have the right stock and guarantee rapid delivery: Value is added to the product through local distribution and the accompanying service.
This principle of assuring the reliability and replacement of machine parts is the basis of the SKF concept of Trouble-Free Operation (TFO), which means client companies can concentrate on their principal activities.

As its glass goes global, French glassmaker Verrerie Cristallerie d’Arques capitalizes on a contented workforce and a network of local suppliers and services.

Verrerie Cristallerie d’Arques is the perfect example of how to “think global, act local.” The French glassmaker is the world’s leading manufacturer of glass tableware, with a turnover of more than 5.5 billion francs (US$950 million) in 1996.
Yet the family-owned company remains dedicated to its longstanding policies of looking after its 11,200-strong workforce based at Arques in northern France and using local suppliers and services wherever possible.
VCA has never wavered from its main activity of glass production, shunning the temptation to diversify. “VCA’s mission is to make glass, nothing but glass – but every kind of glass,” says Managing Director Jacques Parissaux.
When the company was started in 1815, glassmaking was done manually. Jacques Durand, the dynamic figure who transformed the company into its present form, joined the business in 1927.
Durand travelled to America in the 1930s. The information he gathered on this journey laid the foundation for the innovations that were to transform VCA. “He realised the gap that existed in terms of technology, and returned with a notebook full of ideas,” says Parissaux. “That was the start of an exceptional industrial adventure.”
It is hard to take in the scale of the manufacturing operation at Arques today. The plant covers more than 200 hectares. It operates seven days a week, 365 days a year, and turns out 5 million units daily, from the smallest of glasses to heavy crystal vases.
Huge brick-lined furnaces melt the sand, soda ash and limestone required to create the molten glass, which glows a fierce orange as pieces of it are snipped off from the furnace outlet to be shaped in the machines turning continuously below.
Farther along the production line, upturned glasses spin under blue tongues of flame and are then toughened by heat treatment. Decoration can be added using a number of techniques, including silk-screen printing, transfers or hand painting.
“It’s a very simple process. Anyone can make glass. What’s difficult is doing something different from the competition,” says Parissaux. One of VCA’s major advantages is the company’s ability to meet vast orders on short notice – something that they are uniquely placed to do, since all decisions are made on site. The response to large orders can be almost immediate.
Parissaux says the welfare for the workforce is deeply embedded in the company ethos. Those joining the company are encouraged to stay for their working life, if they so choose. Parissaux boasts that the company has never made anyone redundant and labour relations have been good for decades.
This loyalty ethic extends to the company’s suppliers. “We want to create the same faithful relationship with our suppliers.
“We use local companies wherever possible,” says Parissaux.
Among the local companies that have forged a strong partnership with VCA is Lefranc, an authorised SKF distributor that has worked closely with the glassmaker for more than 30 years. The machinery at VCA operates continuously under extreme mechanical stress. And the necessity of keeping the production lines rolling means that a swift response to mechanical failure is paramount. This is why the relationship between Lefranc and VCA is of crucial importance.
Parissaux says the success of VCA depends on the brands’ reputation for quality and the company’s ability to meet delivery. To facilitate this, the company has developed an impressive degree of vertical integration. Separate divisions at Arques produce all the company’s packaging requirements, which means new packaging can be available on a next-day basis. The thousands of precision moulds used to shape glass are also manufactured and reconditioned in-house.
The company has almost 7,000 product references. Several new ones are added every week to satisfy the demands of clients, many of whom are distributors wanting a range of their own so they can operate their own price policy. “We have to offer our clients diversified products to keep all of them happy,” says Parissaux.

Global undertaking
Today, VCA has production sites in Bilbao in northern Spain and in New Jersey in the United States and employs around 13,000 people worldwide. Some 80 percent of VCA’s output goes to export, and the company’s products can be found in virtually every country in the world. The product range includes tableware, ovenware, high-quality crystal glass, ornaments, vases – just about any household item that can be made from glass. Its list of brands include such well-known names as Arcoroc, Luminarc and Cristal d’Arques, plus the prestigious J. G. Durand crystal range.
“Our objective is to make objects of beauty that are within the reach of everyone,” says Parissaux. “But our biggest challenge is to remain a European glassmaker. The process depends heavily on manpower, which is very expensive in Europe. We can make up ground by being more creative than competitors and by being more efficient.”

Charles Masters,
a journalist based in Paris. 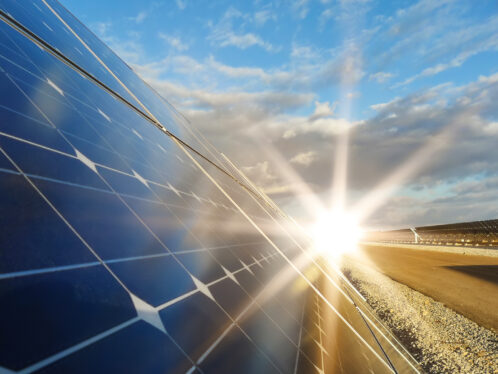