Seals are the barrier between pressurized areas in a hydraulic cylinder and are in direct contact with the movable parts (piston rod and piston). The seals create friction forces that act against the movement and decrease the energy output. But it’s not only the energy output that suffers under increased friction; the operating temperatures are also higher, resulting in the decreased service life of the whole hydraulic sealing system. Furthermore, the increased temperature influences the properties of the lubricant, especially the viscosity of the oil, which results in a decreased lubrication behaviour and less energy output. Apart from this, fluctuations in friction, known as stick-slip, can influence the exact positioning and/or create noise.

Sustainability – a word that is becoming more and more important – has reached nearly every area around the world. A sustainable hydraulic system must be free of leakage, but also the interval between maintenance stops must be extended to the longest possible time period. From the seal point of view this can be reached by selecting the best possible sealing system – consisting of rod and piston seals as well as guide elements and static seals – to reach the greatest efficiency. Therefore, not only must the seal types themselves be understood but also the interactions between those different seal types must be well known to reach the target of a highly efficient sealing system.

To fulfil the above-mentioned buffer seal functions and the overall target of a highly efficient rod sealing system, the buffer seal needs to be designed in such a way as to ensure a certain lubrication film to the primary rod seal and the wiper.

Generally, there are two different buffer seal types available on the market, which work in different ways based on their special design features. The first type is called a “high-sealability buffer seal”. It focuses on reducing the lubrication film to a minimum and therefore preventing the primary rod seal from being pressurized. This concept prevents extrusion and/or wear of the primary rod seal caused by pressurization, but it also leads to starved lubrication of the rod seal, resulting in increased friction and possibly stick-slip and higher system temperatures.

The second type is called a “friction-optimized buffer seal”. This concept allows a certain lubrication film past the sealing lip and ensures enough lubrication to the primary rod seal. This concept can lead to a possible occurring intermediate pressure behind the buffer seal that must be taken from the primary rod seal, but it ensures a reduced friction of the whole rod sealing package, resulting in increased lifetime and greater energy efficiency.

SKF has compared both buffer types on in-house test rig investigations, and we found that both con-cepts have their place on the market. Nevertheless, SKF focuses on the development of friction-optimized buffer seal types to reach the greatest possible efficiency.

1.1 Friction-optimized buffer seals from SKF
SKF has developed two new friction-optimized buffer seals. The HDB is optimized for use in heavy-duty applications, using a thermoplastic back-up ring to prevent extrusion. The RDB is designed for use in medium-duty applications, using a high-performance hard-grade polyurethane material. The verification tests have been successfully completed for both buffer seal types. Field validation tests of different sizes are still ongoing (and can run for up to one year).

1.3 Test rig configuration
Fig. 9 shows a schematic picture of the test rig that was used for the investigations, and a table with used testing parameters. It comprises a pressurized test cell including buffer and primary rod seals as well as static seals and guiding elements. The test rig is also equipped with a moveable piston rod (elec-trical drive), a hydraulic pressurization unit and a friction force detection system based on a ten-sion/pressure force transducer.

1.4 Endurance test programme
Fig. 10 shows schematically the endurance test used to evaluate the capability to truncate pressure spikes and vent intermediate pressure as the seal ages. The target in defining the test cycle was to veri-fy all buffer seal functions and to be as close as possible to the real application. The test programme includes the following test phases:

1.5 Buffer seals for heavy-duty applications (e.g., excavators) – the new SKF HDB
The new HDB buffer seal combined with the S1S primary rod seal was evaluated in the endurance test programme and was compared with the benchmark rod seal package, comprising a high-sealability buff-er seal in combination with a rubber U-Cup with an integrated back-up ring as the primary rod seal.

The HDB as well as the S1S are showing nearly no damage in the form of extrusion or wear. There is only a slight extrusion tail at the back-up ring of the SKF HDB and nearly no visual damage of the seal-ing element. The rod sealing lip preload was less affected when combined with SKF HDB, due to lower operating temperatures because of better lubrication.

The increased friction of the benchmark package led to an increased temperature of the whole system, which resulted in increased wear of the thermoplastic back-up ring. In addition to this, the visual analysis of the primary rod seal shows increased sealing-lip preload loss caused by higher temperature and in-adequate lubrication.

There was no intermediate pressure between buffer and rod seal at the benchmark package. The SKF package shows a relatively low intermediate pressure, which is a consequence of the design concept of the HDB. In any case, the profile cut of the S1S in Fig. 11 shows that the intermediate pressure hasn’t damaged the primary rod seal. The deformation of the back-up ring of the HDB led to a higher sealability as the seal aged, ending up with there being less likelihood of building up intermediate pressure and lower levels of lubrication. Both packages showed no leakage after the whole endurance test.

These results show the importance of selecting the right sealing material group as well as the right quali-ty within the group for the slide ring (valid for PTFE but also for thermoplastic polyurethanes – TPU). The seal performance with respect to the expected lifetime of these buffer seal types in the heavy-duty en-durance test is not on the same level as the SKF HDB – mainly because of higher extrusion. Therefore, SKF recommends using the RDB only in medium-duty applications where the cost-effectiveness has a higher status.

This article shows the main functions of rod seals as well as different buffer-seal working principles. The influences of buffer and rod seals on the efficiency of a hydraulic system can be thoroughly explained by the results of the in-house test rig investigations.
The results clearly demonstrate that it is very important to select the right buffer seal type in relation to the operating parameters. Where lip-type buffers with a thermoplastic back-up ring (HDB) can be used up to very high pressures, O-ring energized glide ring seals (RDB) have limitations in extrusion re-sistance; in particular, low-quality PTFE materials can lead to unacceptable extrusion. Consequently, such seal types should only be used in medium-duty applications. 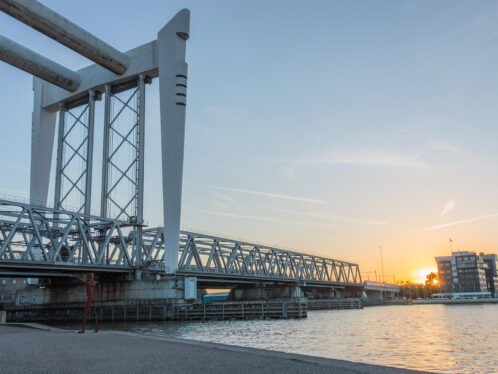 A railway bridge in the Netherlands needed new bearings on a number of wheels in the lifting mechanism in order to meet railway safety requirements. [...]
Railways,Seals,Spherical roller bearings,
Industry 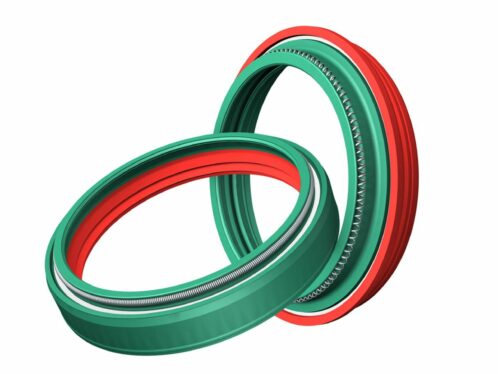 Motorcycle front suspension forks perform two key roles. Firstly, they keep the wheels in contact with the ground, improving the grip and therefore [...]