When Levi Strauss and Jacob Davis in 1873 patented the idea of using metal rivets to hold together the pockets and the pants of the California gold miners, they probably never imagined the future success of the garment. Not only would jeans become the clear choice for the labouring man, but they would also become a potent fashion symbol on the catwalks of Paris.
Although the word “jeans” is thought to be derived from “genoese”, the sturdy pants worn by Italian sailors from Genoa in the 16th century, the cradle of the blue jeans is assuredly California. For decades, jeans were worn by workers only, but as the indigo-coloured denim pants gradually appeared on the cowboys of the Western movies of the ’30s, they became popular also as a leisure garment. The James Dean movie “Rebel without a Cause” made jeans a symbol for youth and rebellion, and that symbol continued throughout the hippie era, when jeans showed the first signs of changing from their standard cut to something new. Embroideries and psychedelic colours embellished the fabric, and “bell bottoms” (flared legs) gave jeans a new profile.
In the 1980s, fashion designers discovered denim. By this time, producers had begun stonewashing the fabric to give it a worn look and a softer feel. The French designer François Girbaud, who started working on the process in the ’60s, is said to be the first person to stonewash denim. Initially he used pea gravel to achieve the desired effect, but later jeans producers used pumice because the stones can float around with the fabric instead of lying at the bottom of the tank. Turkish stones are preferred for their porosity and cleanliness. The stonewashing procedure requires special washing machines, some of which are made by GA Braun in Syracuse, New York, and equipped with SKF CARB bearings.
Today, you can find denim on just about everybody, from fashionable women who wear tight denim jackets, where silk or cashmere has been woven into the fabric to give it a different aesthetic, to young men who wear baggy jeans to emulate emaciated convicts in their beltless prison jeans. Jeans have truly come a long way. 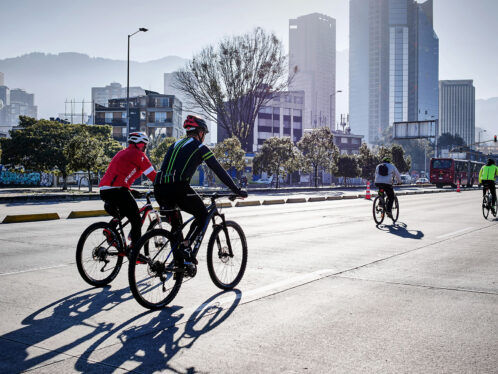 How SKF is working to reach net-zero emissions

The fight against global warming is high on the agenda of many big companies, including SKF. The company is intensifying its efforts by expanding its [...]
Industry,Manufacturing,Sustainability,
Manufacturing

Tidal power moves towards the mainstream

Nova Innovation has established itself as a world leader in tidal energy and is growing rapidly. The company’s vision is to produce clean energy from [...]
Bearing housings,Bearing units,Condition monitoring,Electricity,Energy and sustainability management,Lubrication Solutions,Seals,