THE PURSUIT OF PURITY | Evolution

Wine, clean water and oil are amongst the many commodities whose production requires the removal of solids from liquids. Alfa Laval’s decanter centrifuges perform this task efficiently, harnessing forces of up to 3,500 times that of gravity.

“The bowl rotates with a periphery speed of 100 to 110 metres per second,” says Bent Madsen, process and technology manager at Alfa Laval’s product centre for decanters in Copenhagen, Denmark. “Because of that we get heavy centrifugal forces inside – between 3,000 and 3,500 times the force of gravity.”

One of Alfa Laval’s latest and largest decanters is the Lynx 1000, with a hydraulic flow rate of 540 cubic metres per hour. As we visit the assembly line, a unit towers over us in the pre-delivery testing section. The Lynx 1000 is almost 9 metres long and more than 2 metres high, and weighs 18.5 tonnes. It is powered by two electric motors, the largest with a rating of 330 kilowatts.

Alfa Laval specializes in technologies for heat transfer, separation and fluid handling. Founded in 1883, the company today has 16,400 employees and net sales of 3.4 billion euros. Alfa Laval has been making decanters since the 1950s and is a premium manufacturer with a 20 percent global market share. Its biggest markets are the United States and Canada.

Earlier along the assembly line are components for several decanter models in various stages of completion. Everything is neatly organized, with the stages separated by yellow stripes on the glossy grey floor.

In one section is a decanter bowl. Made of high-strength duplex steel, it looks like a big shiny cylinder. It has an end piece with a ring of discharge ports at one end and an end piece with a conical section with an opening at the other end. Decanter bowls can have an inside diameter of 0.2 to 1 metre and a length of up to four times that. The size depends on the application.

With the bowl-conveyor combination spinning, the suspension is fed into the decanter through a central feed tube. The centrifugal forces push the suspension towards the inside of the bowl, separating the solids from the liquid. As the solids build up in a layer, the screw conveyor scrapes them out at the conical end of the bowl. The growing pool of clarified liquid is discharged at the other end through ports in the end piece, serving as thresholds to the liquid pond.

Lynx 1000 is the first decanter centrifuge in a whole new generation from Alfa Laval and handles a flow of up to 540 cubic metres per hour. It has been specially designed for abrasive solids in the oil and gas industry with longer service life than earlier generations. To prevent ingress of contaminants in the main bearings, Alfa Laval’s design team wanted to lubricate them with grease. That turned out to be a challenge.

“According to the SKF General Catalogue it was impossible to run at the speed and loads we wanted with grease lubrication,” says gear specialist Lauge Svarrer.
This led to a five-year series of laboratory experiments and bearing system optimization in close cooperation with SKF. Alfa Laval built a special test rig where different combinations of operating parameters, bearings and greases could be evaluated.

“We had to find a way to lubricate these fast- rotating bearings at a stable temperature,” says development engineer Kristoffer Sjögreen who monitored the tests.
Dr Jan Cederkvist, manager of product validation, says “A small temperature peak when you inject the grease is normal. But we don’t want to see excessive peaks that can be dangerous for the bearings. It must always be a reliable and robust design.” 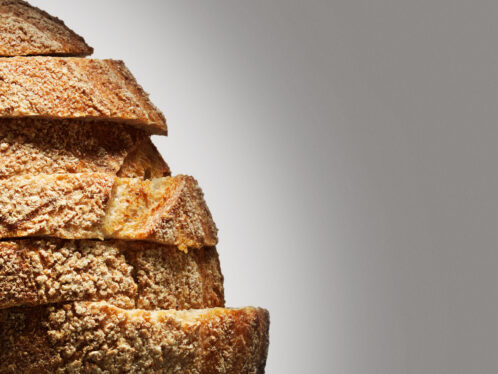 A bearing solution introduced at the Pågen bakery, one of Sweden’s largest, has resulted in considerable savings, in terms of both time and money.
Bearings,
Engineering Competence