Next generation of modelling and simulation techniques | Evolution

SKF is introducing new modelling and simulation techniques that enable software tools to be used more as a method of analysis than as a method of calculation. With this development SKF engineers can more easily carry out analyses to explore in a much wider design space for a particular customer application, involving multiple factors in varying operating conditions.

Benefits of the new techniques

The latest generation of SKF’s in-house modelling and simulation tools are designed to face these trends and to make the tools easier for engineers to use by, for example, being able to vary parameters and carry out a number of simulations more easily.

Benefits for an actual application

In one example for an industrial gearbox, the aim was to improve the overall system performance through controlling temperature generation. In addition to using the modelling software, a physical model was used. Testing was carried out on an FZG test rig that contained a back-to-back arrangement of two single stage spur gearboxes (fig.1). The shafts were supported by radial deep groove ball bearings. In this set-up the temperature of the outer ring location of the bearings is used to assess overall temperature development (fig. 2). Other industryOther products and servicesResearch and theoryTesting and test center 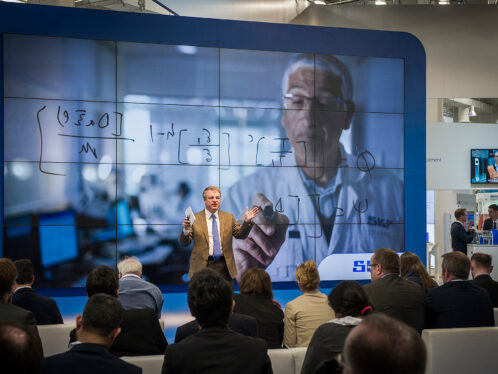