The company began casually in February 2004. Prati was working in technology marketing and often travelled to the United States, the most advanced market for motorcycle accessories at the time. “He would find products not available here and bring them back to us,” recalls Spinardi, who is the partner in charge of purchasing and logistics for the company.

The name Innteck was a mash-up of “innovation” and “technology”. From the beginning the focus was on identifying innovative products of high quality and selling them to end users. Prati used his technical background to create the first dynamic web shop for motorcycles in Italy. “It was designed for guys like us, passionate about moto,” he notes.

A business decision that year brought about a change in the company’s strategy. Innteck prepared a 30-page catalogue for the 2005 EICMA (Esposizione Internazionale Ciclo Motociclo e Accessori), the most important trade fair in the industry. The partners made 26,000 copies and handed them out to everyone who passed by. Since the first three days of the fair are only for trade people, they were putting the catalogues into the hands of dealers rather than end users.

In February 2006, Spinardi and Prati attended a motorcycle trade fair in Indianapolis in the United States. Since 90 percent of their catalogue consisted of US products, they wanted to develop personal contacts. This is not easy in the vast, competitive American market, but through the passion of its proprietors, an insistence on after-sales service (unusual in this industry) and the honesty on which they based their commercial relationships, Innteck succeeded. “Our approach was appreciated by the Americans,” Prati says. “We increased the volume of every supplier we worked with by two to three times within a few years.”

Luzzo took the step two years later, becoming full-time head of Italian sales and marketing, including racing promotion. His efforts increased international exposure as well, and today 60 percent of Innteck sales are outside Italy. The company’s paper catalogue has exploded from 30 to 300 pages, supplementing its online version.

Drocco went full-time in 2012 to handle administration and finance. That same year Innteck introduced its own brand for two products, braking systems and bushings, both with innovative flourishes.

Before 2009, Innteck knew of SKF, but only for its bearings. SKF had never heard of Innteck. And the world did not know that SKF was developing a new range of products specifically for the motocross sector, including fork seals, mud scrapers and seal head units.

Since then the line has grown to include mountain bikes as well as motorcycles. The distribution network for Innteck now encompasses a US headquarters, Innteck USA LLC, in Boise, Idaho, which carries only SKF products. Many of these are unique on the market for their technology, design or use of materials, and many are patented by SKF. “These are the kinds of products that Innteck has historically sought out to represent,” Giraudo says. It’s that figo factor. 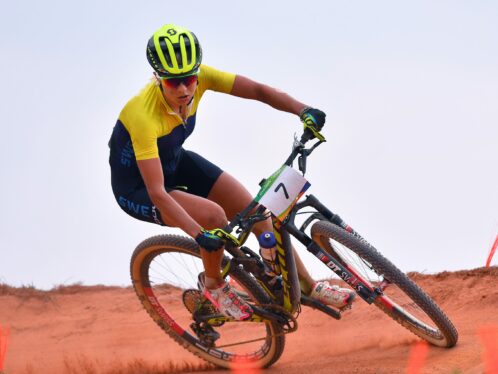 Cycling has been part of every Summer Olympic Games since the birth of the modern Olympic movement at the 1896 Summer Olympics, which included a road [...]
Seals,Sports,
Manufacturing