» The beast of Lyon – putting large bearing contacts to the test

The beast of Lyon – putting large bearing contacts to the test

The Tribogyr test machine at the ­National Institute of Applied ­Sciences in Lyon, France, is breaking new ground in tribological research.

INSA Lyon
Established in 1957, INSA Lyon (National Institute of Applied Sciences) is one of the largest engineering graduate schools in France. It provides a fully integrated approach to education, research and innovation. Located on the LyonTech campus, INSA Lyon grants more than 1,400 engineering degrees, master’s degrees and Ph.D.s each year. INSA Lyon collaborates with other leading universities internationally and fosters strong relationships with industry. It is part of the INSA Group (the five INSA in France) with an unrivaled reputation in engineering research and training.
The Contacts and Structural Mechanics Laboratory, LaMCoS, is a multidisciplinary research laboratory with a staff of 240 that is jointly funded by INSA de Lyon and CNRS (the French National Center for Scientific Research). It offers a broad field of competences in tribology, dynamics, mechanical transmissions and forming processes. One of its areas of expertise is the multi-scale analysis of lubricated contacts. The research focus centers on the design of equipment to study lubricated contacts and the development of theoretical models validated by practical results.

Sitting in its own environmentally ­controlled room, resting on seven-foot-diameter hydrostatic bearings to isolate it from outside vibration, is a complex, six-ton contraption of metal alloys, sensors and computers. This is Tribogyr, the largest and most sophisticated test machine ever built to measure friction and lubrication film thickness in heavily loaded spinning contacts.

The machine was designed by the Contacts and Structural Mechanics Laboratory (LaMCoS) at the National Institute of Applied Sciences (INSA) in Lyon, France. Operating since 2005, Tribogyr is the result of a long process of development and collaboration with SKF. It is providing new insights into the behavior of friction in rolling elements, which is important in meeting commercial trends toward higher power density and friction reduction in bearings.

LaMCoS has built a considerable reputation in developing experimental machines and numerical models to study friction in heavily loaded lubricated contacts. The laboratory had built a number of simpler machines before taking on the mammoth task of developing a machine that is breaking new ground in tribological research.

Philippe Vergne, a permanent senior researcher at LaMCoS, has been involved with the project since 2002. He explains that better understanding of friction “can lead to improvement in the efficiency of large bearings.” Tribogyr simulates the behavior at full scale, which means that it can handle forces of up to 3,000 N and operate at speeds of up to 22,000 rpm. The sheer scale and complexity of the test machine had never before been proposed, Vergne says. Because the machine has been designed to enable a wide variety of parameters to be imposed and measured, it is a two-person job to set up the test rig, says associate engineer Nicolas Devaux, who manages the operation of Tribogyr. He jokes that there’s a tool for every one of the many settings on the machine. It can take a day and a half to set up Tribogyr for a test that may last only an hour.

Tribogyr can measure frictional forces and moments in different directions given independently by the two contacting surfaces, the rolling element and the flange. The diameter of the contact can be on the order of 0.2 of an inch, which is huge for heavily loaded lubricated contacts. “At full operating conditions, the contact could generate more than 10 kW of heat dissipation compared with a large commercial test machine of only 0.9 kW,” explains Guillermo Morales-Espejel, visiting professor at INSA Lyon and a senior scientist at the SKF Engineering & Research Center, SKF ERC, in the Netherlands.

“Large-size spinning contacts do not behave like big small-size spinning contacts; they are truly unique entities,” says Morales-Espejel. “The larger the contact, the larger the surface velocity asymmetry within it. Film thickness and friction are very much determined by the local speed of the surfaces; thus asymmetry in the speed means asymmetry in the film thickness and friction, and this cannot be easily calculated.”

Tribogyr enables friction to be measured. New research carried out by Ph.D. student Thomas Doki-Thonon is measuring film thickness as well. Doki-Thonon explains that his latest work on im-aging within the machine is providing a picture of lubricant flow, which provides qualitative as well as quantitative information about lubricant behavior.

For Doki-Thonon, the practical measurement and imaging research is complemented by work on the computer modeling of the Tribogyr contact, which is then verified by testing. Every six months, he presents his results to SKF. “As SKF has real industrial needs, it is a big motivation for me to present my results and suggest improvements,” says Doki-Thonon. In addition, the research coming out of LaMCoS is making an important contribution to the tribology community in this field. Spinning  contacts in lubrication are generally poorly studied, and there is little literature on the subject. Tribogyr and the modeling from INSA are beginning to reveal how flange contacts in rolling bearings could be optimized to carry heavier loads with lower friction.

In his role as visiting professor at LaMCoS, Morales-Espejel spends one week each month in Lyon. This enables SKF to guide the day-to-day activities in different research projects. “However, in a more strategic way, we at SKF ERC have developed a very strong collaboration with INSA  around the topic of understanding friction in dry and lubricated conditions,” he says. “We have had several projects around Tribogyr, but also in other areas linked by multi-scale phenomena like fretting, molecular-thin films in lubrication and macroscopic modeling of lubrication.” The work with Tribogyr has supported a Ph.D. student since 2005, and when Doki-Thonon finishes his thesis next year there will be an opportunity for another student to take on a new topic related to Tribogyr and friction in large-size spinning lubricated contacts modeling.

From SKF’s viewpoint there are clear benefits in working with LaMCoS. Says Morales-Espejel: “SKF has access to the whole picture when it comes to large-size spinning contacts. We can model and measure friction and film thickness, and we can also model very precisely temperature distributions in and around the contact. For SKF design engineers this is a unique position to continuously improve our bearing designs and make them the most reliable and efficient in the market.”

Looking to the future, Vergne says that the close relationship between LaMCoS and SKF is set to continue. Tribogyr is undergoing continual improvement, he says, which is opening up new testing and simulation opportunities. This is a unique collaboration and a unique machine, he says,  that is delivering new insights into the behavior of large bearings. 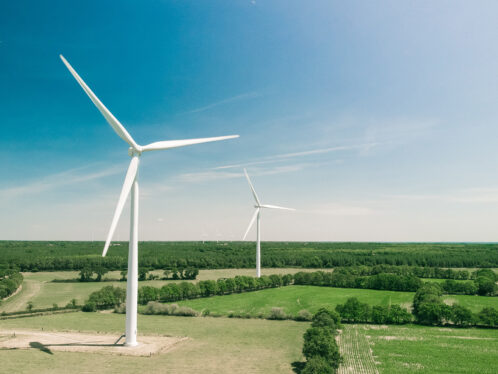